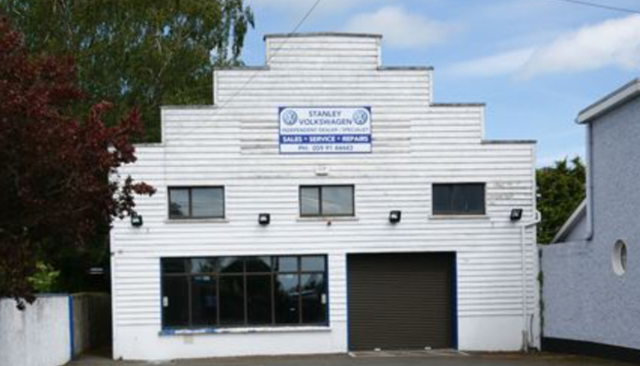 Located in Castledermot, County Kildare. The Castle Cinema was in operation by 1939 and also staged boxing tournaments, concerts and talent contests. It was run by Peter Murphy and had 290 seats with a British Thomson-Houston(BTH) sound system fitted. It is still listed in the 1971 edition of the Kine Year Book but was in use as a carpet shop by 1987. As of 2014 the property, which appeared to be empty, was up for sale.