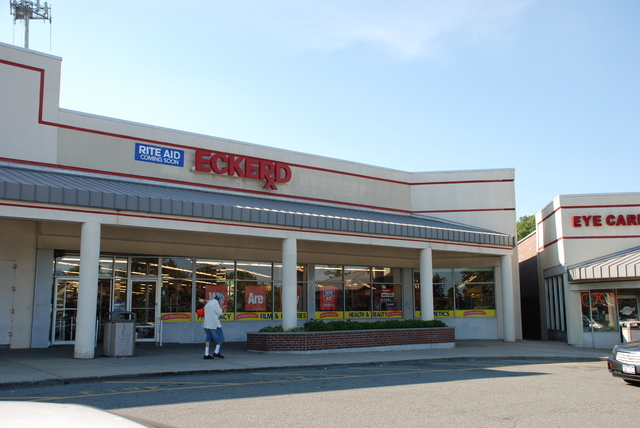 Built in 1978, this independent twin was part of the Cross Island strip mall located on the service road of the Cross Island Expressway. It was first run and played all of the Paramount releases and alot of family oriented films from Disney. Built by the same owner of the Rochdale Cinema, it closed ten years after its birth. I am told it was due to the owners death, but am not sure.

I think the address should be corrected to “Cross Island Parkway.” Unless “Expressway” is used on the service road signage?

This theater opened around Christmas, 1979. One of the two opening films was a revival of “Fiddler on the Roof.”

I lived within walking distance of the theater and I remember being pissed that a local theater was being built just as I was about to go away to college (in January of 1980).

I saw quite a few films there during its brief existence. The one I remember the most was Walter Hill’s “The Long Riders.”

Does anybody have any photographs of this lost and forgotten theatre?

Hey Jason… I don’t think photographs would show you anything of distinction or interest. This was basically a non-descript twin tucked into the corner of an L-shaped strip of attached stores with an interior architectural style that would best be described as “concrete bunker.” The shopping center is still in existence and the exterior probably looks more or less the same as it did when the theater occupied the space. Next time I’m in the area I’ll try to remember to snap a couple of photos and post them here.

Unlike other theaters such as the Prospect or the RKO Keiths (in nearby Flushing), the Cross Island was of minimal architectural interest. It was just a little neighborhood theater that had the bad luck to be erected just as the videocassette was about to put theaters like it out of business.

Just because I’m a pathological completist, I found myself compelled to bring my camera along to snap some shots of the former Cross Island Cinemas when I knew I’d be in the vicinity a couple of weeks ago. As has already been discussed, nothing much of interest here – just a corner space in a shopping center that has since been gutted and re-fitted for drug store use:

This photo is of the Eckerd Pharmacy that now occupies the space. I believe the main portion of the drug store occupies the space to the left of where the theater entrance and lobby were. This view shows the right-most end of the Eckerd which angles in a bit and where I believe the original entrance was located. You can see the side-wall of the theater going back along that alley on the right. A set of stairs leads down that alley to street level behind and below the theater where exit doors were located for each of the twin auditoriums. This is an image of the back of the theater at the bottom of that alley with the exit doors visible. Here is an alternate view of the back wall.

Seems to me that the fire exits at the rear of the each auditorium must have lead to a set of stairs, depositing patrons at the bottom of the hill on 14th Road behind the shopping center. I assume all of this only because I never attended a movie here, so I really don’t know for sure.