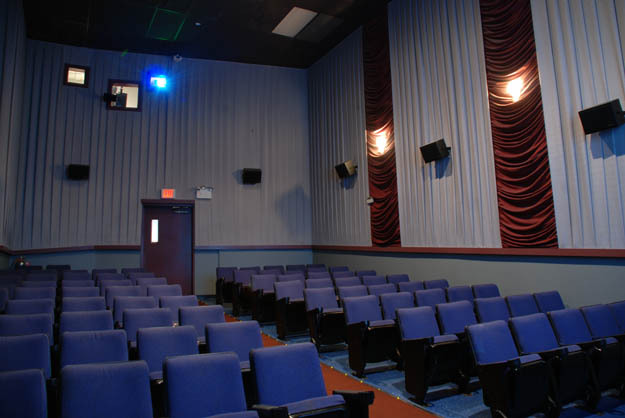 Small shopping mall theatre was opened on October 3, 1965. An independent for many years it was twinned by GG Theatres on June 24 1983. In 1996 it was taken over by Clearview and on February 19, 1999 it was multiplexed into five screens. The theatres are tiny but have nice screens and stereo. In June 2013, Bow-Tie Cinemas took over as they took most Clearview locations. Bow-Tie closed the Grand Avenue Cinemas in November 2014, and it was taken over and reopened by an independent operator. It was closed on March 20, 2020 due to the Covid-19 pandemic.

Just uploaded photos taken between 2004 and 2010 of the Grand Avenue Cinemas. I was last there in 2010 when it was Clearview CInemas. Bow Tie Cinemas never went to digital projection and it now independent. The new owners don’t have a website.

Please note the photos are screen numbers when it was Clearview Cinemas. Based on a photo I saw on Google, the new owners renumbered the screens. Theatre 5 is now Theatre 2 and Theatre 4 is now Theatre 3.

PLEASE ADD To description, this was a GG Theatres for most of theatres life. Clearview Cinemas bought GG Theatres in the mid 90’s.

Please update, GG Theatres made it a twin theatre in the fall of 1983. Clearview Cinemas bought the GG Theatres chain in 1996. In the winter of 1999, it open as a Five plex. Next to the address, it should read 5 screens.

Another one bites the dust. Photos added.

Please update, Grand Avenue has been closed since March 2020 when covid-19 started. Their a handful of indie screens in Nassau/Suffolk that hasn’t open yet. As of today, out of 20 independent theatres in Long Island that hasn’t open. Only Malverne, Bellmore Movie, Bellmore Playhouse and PJ Cinemas are the only indies that reopen.

ridethetrain of the “open” theatres you mentioned only the Bellmore Playhouse is. The only other “indie” I found to be open in Nassau County is the Manhasset. The Westhampton Beach Performing Arts Center is just opening for selected films but not yet for live entertainment.

When did Manhasset reopen, don’t see a website at robboehm. It hard keeping up with some theatres, showtimes not on fandango and newspapers don’t put showclocks in. does Manhasset have a website.

As tiny as the auditoriums were here they were always immaculate and well maintained.