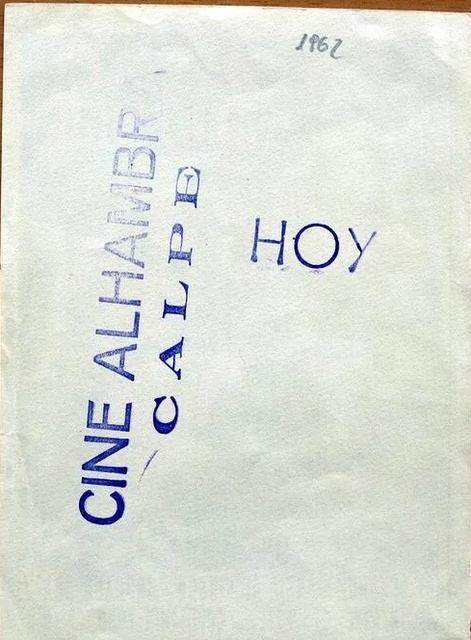 There has apparently been a Cine Alhambra on this site, and parts of the current building may well incorporate the original, since 1917 when it opened with 250 seats. The current facade would appear to date from the early 1930’s. In 1942 it was expanded to seat 350 and was re-named Cine Sonoro.

Later re-named Cine Alhambra again, it was a single screen cinema located out of the town centre to the West. Seating was provided in stalls and circle and it lasted through until closure in 2003.

In 1964 a terrace was added to the rear of the indoor cinema and this began operations as the Summer (Verano) cinema which seated 500 in the open air. It was also in the same control as the Alhambra.

The buildings were demolished in June 2004.