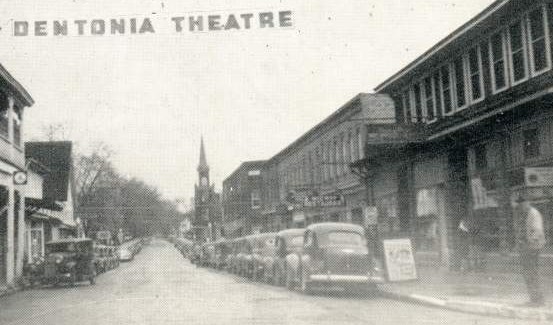 The Palace Theatre is once closed sometime during the summer of 1932 due to new equipment being installed before reopening on September 2nd, 1932 until 2 months later when the Palace Theatre changed its name to the Dentonia Theatre in November 1932. Not only the Palace (or Dentonia) showed films, the theatre once did a Democratic mass meeting in October 1932.