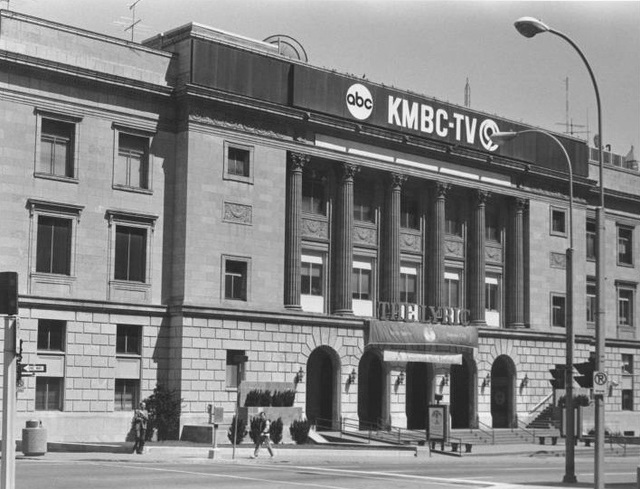 On March 22, 1959, the Durwood Theatre organization(AMC) reopened it as the 700 seat Capri Theatre, with the movie “South Pacific” in Todd-AO. In 1964, the screen was slashed during corporate-union turmoil; Durwood used non-union projectionists and fired striking stagehands.

The Capri Theatre was large, elegant and showy. The acoustics were perfect and the sightlines great. Arched doors lead into the small but impressive lobby. Above the doors is a colonnade of fluted Corinthian columns and windows. Inside, the décor was a combination of conservative burgundy and cream shades.

The Capri Theatre remained a mainstay in Kansas City movie theatres until closing on August 8, 1971 with “Ryan’s Daughter”. Then, opera and symphony displaced movies, and the theatre was renamed the Lyric Theatre. Opera and symphony moved to the new Kauffman Center for the Performing Arts when it was completed in 2011, and in 2014 the Lyric Theatre is unused. The auditorium was demolished and only the façade remains.

Saw many roadshows there as a kid. I specifically remember Paint Your Wagon. Great place. The last time I was in there was for a jazz concert in the 1970s

Is there any updates for the Lyric Theater – it would be perfect for UMKC and there is plenty of space to expand. It would be sad to loose another historic downtown Kansas City Theater.

Looks like the building is closed since the Opera company moved to the Kauffmann in 2011. Their website does not indicate if they still own the building or what its current status is.

I believe UMKC is building a new building for the Conservatory of Music and Dance close to the Kauffman Center. The Lyric Theatre was purchased by DST Systems, Inc.

This building will be revamped into a YMCA. Very sad.

The news that the building would be converted into a YMCA was false. Only the front section of the building survives. The auditorium has been razed and a new structure erected in its place. The Lyric Theatre is gone. 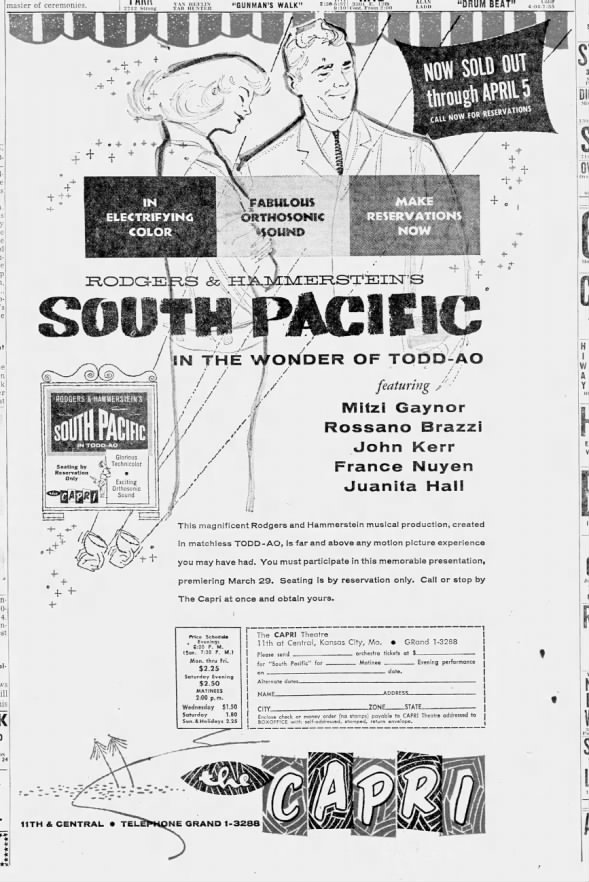 The Capri Theatre closed in June of 1964 for a conversion to Cinerama and re-emerged with “Circus World” on July 1, 1964. The Capri converted back to regular widescreen presentation and ended its movie run when AMC Theatres closed the venue on August 8, 1971 with “Ryan’s Daughter.”