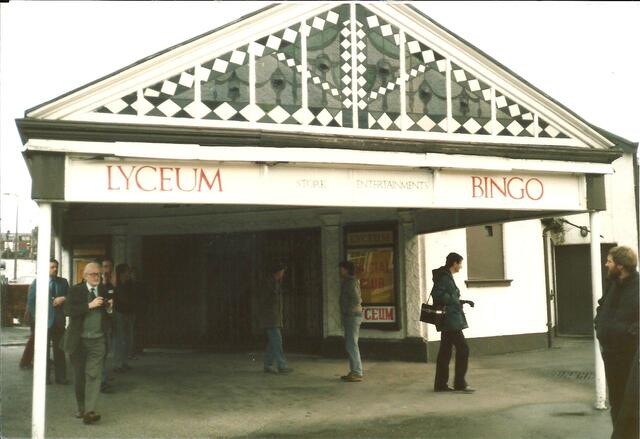 In the Burley district of Leeds, the Lyceum Picture House opened on Friday 7th May 1913. Situated at the junction of Cardigan Road and Thornville Road, it was owned by George Weldon and had 708 seats. Shows were twice nightly, at 7pm and 9pm, plus matinees at 2.30pm on Wednesdays and Saturdays.

Projectionist George Bean, who lived nearby, worked there from the early-1920’s until at least the 1950’s.

By the mid-1920’s the proprietors were Kaye Aspinell and J. B. Midgley. Mr Aspinell died in 1929 and the owners were then listed as J. Midgley & Son. Interestingly, by the 1950’s, the seating capacity had increased to 812.

The Lyceum Picture House suffered from competition from the Lounge Cinema and Hyde Park Picture House, which reduced its choice of first-run films. Nevertheless, it held its own for many years, but eventually succumbed to the lure of bingo.

The Lyceum Picture House duly closed on Saturday 11th May 1968 with “Guess Who’s Coming to Dinner”, starring Sidney Poitier, and moved over to bingo. That ceased in the mid-1980’s, and the building was demolished in April 1988.

In November 2020, a BP petrol station and Londis supermarket occupy the site.