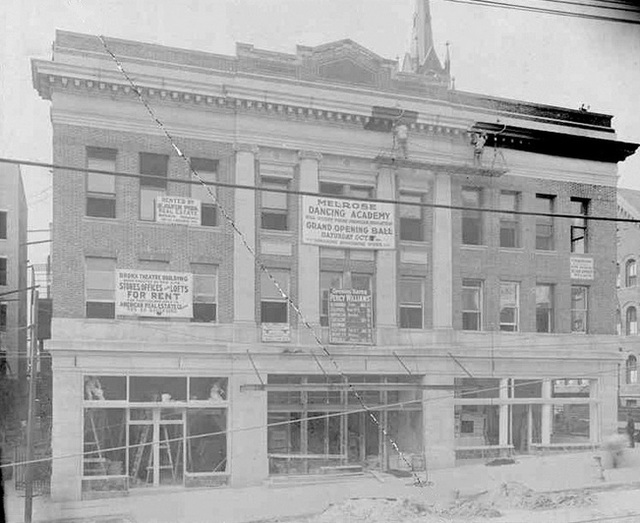 The theatre was opened in 1909 by Percy Williams as the Bronx Theatre located at Third Avenue and 149th Street in the Bronx. It was said that the Bronx Theatre was modeled after the Paris Opera House. The lobby was finished with marble walls, elaborately tiled floors and a paneled ceiling with frescos of figures of literature, poetry, art and music.

According to the newspaper at the time the Bronx opened it stated that a complete view of the stage from any seat in the theatre. The aisles were described as much broader and more accomodating.

The building at this location today houses a Cookies Department Store. My question is whether this is the old theatre building or a structure that replaced it. For pics, click here and go to bottom of page:
View link

Listed as the Central Theatre in the 1930 and 1941 editions of Film Daily Yearbook (the address is actually mispelt ‘Millrose & 150th St in both editions), it has a seating capacity listed as 1,200.

The current Cookies Department Store is using the basic outer wall fabric of the former Bronx Theater with a new facade.

My great grandfather was a stagehand at the Miner’s theatre in 1918.
Could anyone tell me if there is a chance there would be employee records or where to find them?
Thanks, Joyce

Warren, – Can you tell me the source of the 3 pics of the Bronx Theatre?

Here is an illustrated article about the Bronx Theatre in the November, 1909, issue of the trade publication Architect’s and Builders' Magazine.

I went to a theater in the Bronx in 1947 to see a friend of my dad’s who was appearing there in vaudeville. Can anyone tell me which Bronx theaters had vaudeville at that time? Many thanks Dave Price

When I went to this theater 1947 to 1949, it was the Central. Every Saturdays the played serials and two main features. First so many kids got in free and got candy, and comic booklets. I believe that the Catholic Church (Immaculate Conception)had a hand in closing it down. Never saw a new release movie there, and maybe showing “C” list movies put it at odds with the Church.