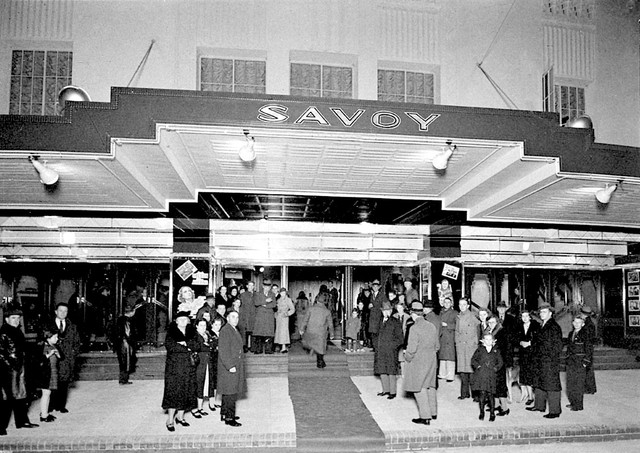 The Savoy Theatre opened on 4th August 1937 with Merle Oberon in “Beloved Enemy” & Lynne Overman in “Three Married Men”. Noted for its large size of 1,854 seats and Art Deco style atmosphere, the Savoy Theatre was the most popular movie house in Sydney’s south. It featured a 2Manual/10Ranks Wurlitzer pipe organ which was opened by organist Knight Barnett. The instrument had previously been installed in the Kings Cross Theatre, Sydney. Other organists who played this organ were Paul Cullen, Barrie Brettoner. The Savoy Theatre had a fully fitted stage and flytower. Although only small, the stage was big enough for the few novely acts that played there during the war years. It was taken over by the Hoyts Theatres chain in March 1944.

The Wurlitzer organ was removed in 1958, and was installed in the Congregational Church, Burwood. The Savoy Theatre was closed by Hoyts on 4th November 1972 with Jane Fonda & Donald Sutherland in “Klute”.

It was derelict until 23rd March 1975, when it was re-opened after being restored by Mecca Theatres. A theatre organ was re-instated, a large top of the range Allen organ was used there in the 1980’s onwards. The name of the theatre was changed to Mecca-Savoy Theatre, but it eventually became known as just Mecca Theatre.

The theatre was closed down in 1990 and the property sold for condos. It was demolished in 1995.

A vintage photo of the Savoy Theatre in the 1930’s:
View link

What a fantastic cinema it was. I still remember movies I saw there in the 1950s. Look at that area of Hurstville now, and weep at what “ progress” has brought!

My family lived three doors down from the Savoy towards Hastings Deering,later NRMA.I can’t see how its' address could have been No.1,we were almost in the middle of that street at No.12,there were several shops before the corner towards Penshurst.Between us and Savoy,there was a large guesthouse(ex Doctor),and a hamburger joint,1943-47.One of the very top Theatres in Sydney suburbs,where I saw ‘Song of the South’ in ‘46,and where a dog ran amok and was shot by police in the backyard of the guesthouse.Just by chance I was roaming around in '95 and found the pile of bricks.