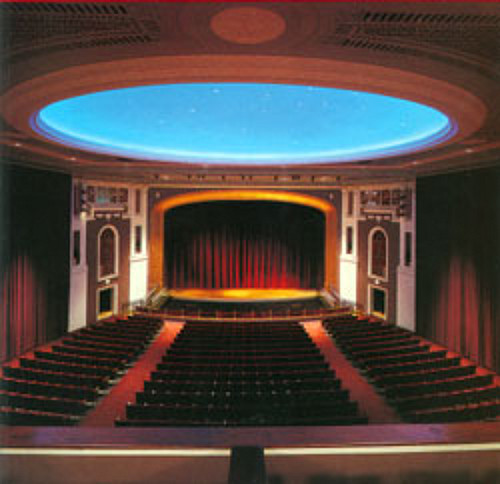 Probably the most popular and modern movie theatre on King Street in Charleston, SC during the 1960’s and 1970’s. Built in 1927 with 1,800 seats, the Gloria Theatre must have been renovated in the late-1950’s or early 1960’s as I recall loving their comfortable, padded rocking seats and modern decor.

My fondest memories of the Gloria: Seeing Elvis Presley in “GI Blues” three times in on day and the “shocking” premiere of “The Good, the Bad and the Ugly”. The Gloria Theatre closed as a movie theatre in 1975.

Today, this wonderful theatre is currently owned by the College of Charleston and used by their Theatre Department, known as the Sottile Theatre.

Hopefully, by adding the name to this site, many other fans of the Gloria Theatre will share their memories and facts about this wonderful theatre. I also hope others will share their thoughts on another Charleston theatre (the Ashley) that was one of the few theatres not located in downtown Charleston, but across the river in St. Andrews Parish.

I am currently doing a project of the Gloria Theatre for a Historic Preservation project for the College of Charleston. If anyone has any personal memory of the theatre I would love to interview them.

This appears to be the only atmospheric theater left in the Carolina’s. While not a full blown atmospheric it does have a large blue sky dome in the auditorium with electric stars and outdoor effects.

Here is a photo circa 1939:
http://scmovietheaters.com/chas_glo.html

In the early sixties, the Gloria was operated by the Pastime Amusement Company out of Charleston. President was Alberta Long. Other Pastime theaters in Charleston at that time were the American, Arcade, Garden and Riviera. Pastime also ran the Ashley Theater in St. Andrews Parish.

Status should be changed to “open”

According to Bowers' “Encyclopedia of Automatic Musical Instruments” page 551, “Albert Sottile” bought a Reproduco organ made by the Operators Piano Co.

Also, the “Palace” and “Lincoln” theatres in Charleston also had Reproducos. I could not find a page for those theatres, so I am including this info here for the time being.

The Lincoln was torn down in the 1980s. It was a theater for blacks in the Jim Crow era. It was a tiny place, relatively speaking. I never went inside, though. It had been abandoned for years.

The Gloria was the big, nice theater of downtown Charleston during the 1970s, when I went there regularly. It had long red curtains down the sides of the auditorium, probably hiding whatever was underneath. The stars in the ceiling are still there, from what I hear. It’s a bigger theater than the Riviera, so there is something wrong about the seating capacity; it had to have been more than seven hundred. That may not include the smoking gallery, which had been closed for years.

MUST HAVE JUST BEEN HIT BY A TRUCK……..

Miller Signs fabricated the new marquee per the June 2011 issue of “Signs of the Times.” No date is given.