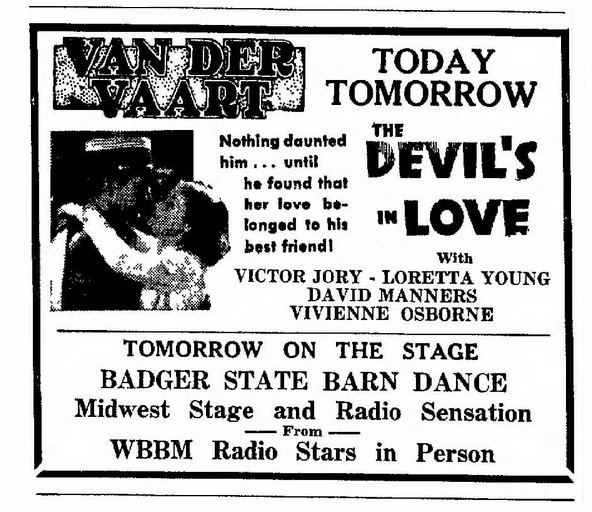 The Van Der Vaart Theatre opened September 12, 1925, and was renamed Wisconsin Theatre in 1943, when it was taken over by Warner Bros. Theatres.

This was a Warner Brothers theater in 1946, as was the Majestic and the Sheboygan.

The Wisconsin opened on October 29, 1943, with a double feature of “My Friend Flicka” and “It Comes Up Love”.

The Wisconsin Theater should have its own page on Cinema Treasures, it is a separated theater, next door to the newer Staged Door Cinema just like the Kedzie Theater, Chicago and the Annex Cinema, same city.