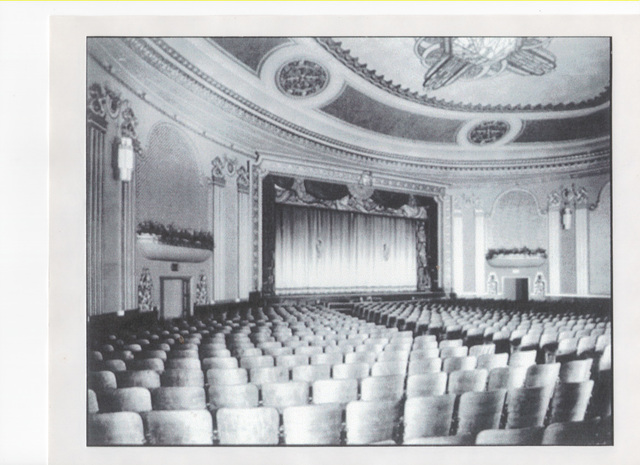 Since the summer of 1957, the Civic Theatre of Allentown has owned the building and presented plays. The theatre has also served as Allentown’s art house movie theatre for several decades.

Restoration is ongoing. On October 7, 1994, the restored marquee was turned on and it looks just like it did on opening day. New restrooms have been built on the main floor, where stores used to be.

About 2004, a 100-seat black box theatre for live shows and movies opened across the street in a former warehouse building. It was closed for renovations in January 2018 and reopened in October 2018.

The 19th Street is a ‘20s, not a '50s, suburban theatre. It still features its original Moller organ and shows art and revival films while also housing the Civic Theatre.

Too bad there are no photos of the original interior posted here. Unfortunately, today the proscenium arch, with its elaborate comedy/tragedy masks top center, and the gold-leaf decor, has been covered by the thrust stage and curtains, added by the Civic Little Theater owners for their stage productions. Likewise the organ pit has been covered by the thrust stage, and the console moved over to the right side (stage left) of the house down front. This theater has no fly loft and no orchestra pit; it was designed strictly as a neighborhood picture house, albeit an elaborate one, but never intended for stage productions, so there are no stage facilities at all. The best interior feature visible today is the stunning ceiling: a gigantic glass cartouche, lit from behind, ringed by plaster film reels. The theater has a false balcony, i.e., there is a balustrade fronting a blank wall behind a shallow set-back where a real balcony would be, and this wall is penetrated by the projector and operator openings. I knew a former projectionist, now deceased, at the Nineteenth Street, and he informed me that the projection booth is accessed only by walking across the roof! At this point, the exterior of the theater, with its terra cotta elephant heads and associated exotic motifs, is the major point of visual interest. That, and the aforementioned ceiling. If the interior were fully restored to its original glory, it would be a sight to behold, but this is unlikely given the present use as a production house/movie venue.

A 4 year partnership was announced this year between Muhlenberg College & this theater which is helping this summer to add digital film projectors to the theater, and enabling better student access & programs at the theater. http://articles.mcall.com/2013-05-01/news/mc-civic-muhlenberg-partnership-20130501_1_civic-theatre-muhlenberg-students-digital-cinema

Check the photo section above as I have just uploaded a picture of the 19th Street Theatre auditorium as it appeared at it’s opening in 1928.

the 19th street theater is currently closed for renovations according to the morning call. http://www.mcall.com/news/local/allentown/mc-civic-theatre-capital-campaign-20170427-story.html

Status should be updated to Open. Reopened in October 2018 offering both live theatre & art house/revival films. New website below.