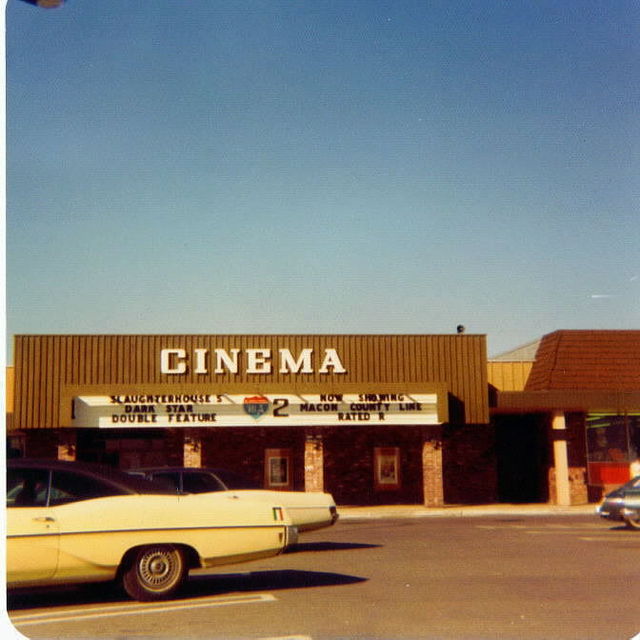 Opened in March 26, 1971 by Mid America Theatres. This theatre was a carbon copy of all the twin cinemas that Mid America built. The box office was to the right of the entrance, the concession was directly behind the box office and the the left of the lobby were both auditoriums. Each auditorium seated 250.

Like the other MA theatres the same color scheme of red, brown and gold. The did have comfortable seats and the sound was always good at the MA theatre. The Paddock closed in 1989 and is not part of the retail that is in the Paddock Hills Shopping center.

Twin opened 3/26/71. At the time of opening the shopping center was known as Paddock Forest. Each theatre seated 250.

Further research shows the seating capacity may have been 580 with 290 seats for each screen. Mid-America began opeating as a discount house in 1980, a policy which continued until the theatre closed. Like all the Mid-America houses, the operation was taken over by RKO Mid-America (1984) and then AMC (1985). After AMC pulled out (1987), theatre was operated independently by the same gentlemen that operated, at the time, the Kirkwood and Lemay Theatres. Theatre was permanently closed in May 1988.

I recall only seeing two movies there. The Muppet Movie and Back to the Future. Other than what I saw, I don’t remember much about the theater.