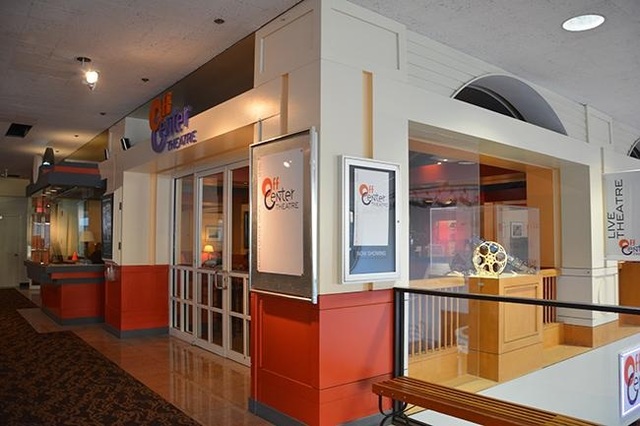 Located in the Crown Center which is a hotel/shopping/entertainment complex. Small entrance in the mall section of the complex and had six small auditoriums but they were well decorated. Great seating and sound systems. Opening as the Crown Center 6 Theaters on December 7, 1984, it showed first run features and was operated by Globe Cinemas of Kansas City.

The Crown Center 6 Theaters was closed as a movie theatre in late-2007. Part of the space now operates as a live performance theatre, known as the Off-Center Theatre.

On December 25, 2009, two of the screens seating 175 and 125 reopened as movie theatres, now named Screenland Crown Center. The opening films were “The Road” and “Me and Orson Welles”. The cinema has a fully licenced bar. The cinema was closed February 26, 2015. Live theatre use continues.

The Crown Center 6 operated by Globe Theaters is closing in early August 2007. The space will be renovated and reopened as a live performance theatre.

The Crown Center 6 is now closed.

Although the Crown Center 6 is closed, I will not forget the unforgettable memories of that theater. I miss it so much.

I met some of the greatest people of my life at that theatre and I will never forget it either. It will stay with me forever also…

I was here today and it is currently up and running as a live venue. The theatre is starting Mall Of The Dead on Friday and will run throughout October.

Two of the former six cinemas have reopened; the entry for this theater needs to be updated. The theater is now a twin called the Screenland Crown Center. See story here: View link

This theater has closed. The final day of showings was Thursday February 26, 2015.

Sharon Hoffman of the Kansas City Star reported on Feb 20 that the final week would feature screenings of Oscar nominees, as well as movies in the Folk Alliance Film Festival. The mall decided to stop leasing the space for the movie theater, only for the adjacent live theater run by Musical Theater Heritage.

Screenland will continue to operate the Crossroads and Armour theaters in the Kansas City area. Information can be found at their official website: www.screenland.com.

This opened as the Crown Center Cinemas on December 7th, 1984 with 6 screens. a newspaper ad has been uploaded in the photo section. 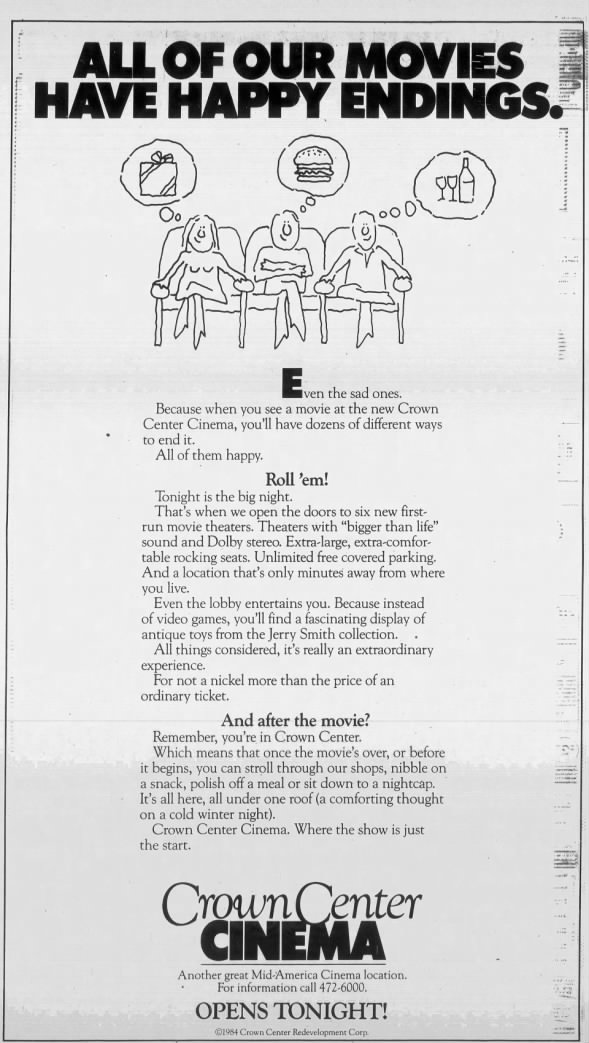