Screenland Theatre at the Crossroads 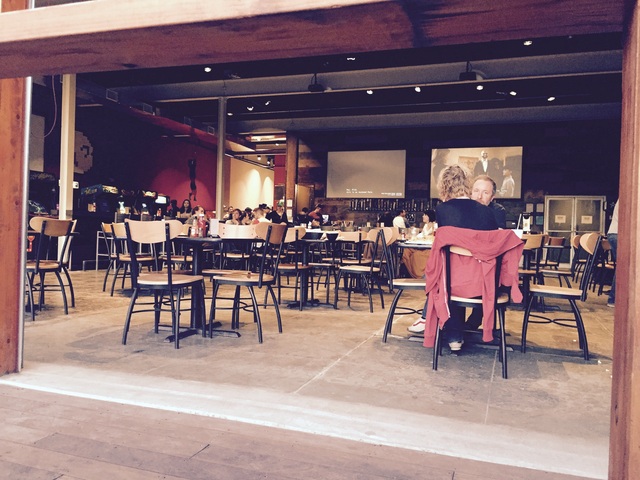 Located in downtown Kansas City on the edge of the Crossroads and Film Row districts at 1656 Washington Street. The 150-seat Screenland opened in 2004 in a renovated 1913 cold storage facility. The marquee was rescued from the historic Isis Theatre (closed 1970/demolished 1977) where the young Walt Disney showed some of his earliest, locally made cartoons.

The facility is described as a creative office center with office spaces, a movie theatre and 9,000 square foot event center which features local and movie nostalgia.

The theatre’s interior is very retro, intimate and comfortable and includes twelve posh red-leather recliners in the front row and a 26 foot screen. Also enjoy your movie with a locally brewed Boulevard Beer.

Films include a myriad of independent features, art, foreign, and short films that otherwise wouldn’t get screen time in Kansas City.

In early-2015 the Screenland Theatre at the Crossroads relocated to nearby McGee Street, which has 95 seats.

The theatre has moved to 1701 McGee. It is open for business and is also home the TapCade bar.