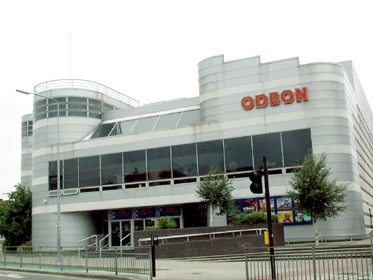 I am the editor of the CTA Bulletin – the UK’s cinema organisation newsletter. Here are some news items I have been sent for the current issue. I will try and make this a regular submission.

I am looking for information about the Essoldo Cinema in Cippenham on the Bath Road near Slough, Berkshire (formerly Buckinghamshire)– it was there from around the 1930’s onwards- not sure if it is still standing.

It was originally called the Commodore.

Do you know anyone who could assist?
I want to know when the name change occurred and if anyone has any history on it.
How can I find out who owned it- were the cinemas-picture houses independently owned or did they belong to Film Distributor groups?

How do I access the Online section- I have registered

The Commodore Cinema, Cippenham (nr Slough) opened in November 1938 was built by Commodore Super Cinema (Slough) Ltd. In 1944 it is listed as being operated by a company known as General Cinema Theatres, 8 Stratton Street, Piccadilly, London W1. It had a seating capacity of 1,500, the proscenium was 45ft wide, the stage was 17ft deep and there were 4 dressing rooms. It was equipped with a Lafleur (Hammond) 2Manual organ which was opened by Stanley Miller. There was a Cafe and Dance Hall within the building.

By 1953 it had been taken over by the Essoldo Circuit of Newcastle-Upon-Tyne and re-named Essoldo Cinema. Closed as a cinema by 1965 it went over to bingo hall use. I’m sorry, I don’t know any other details on this building.

Hi from Tasmania,
Just read the esseldo history with interest. Although it was posted sometime ago now. My mother worked there as an usherette in 1952. I also know the name of the projectionist at the time.It would be interesting to know whoelse worked there. Also whether it would be possible to contact any employees surviving today.
thanks
redgunner

redgunner; Best to get in touch with the local Slough newspaper which is the Slough Observer. Their website address is
www.thisisslough.com

thanks for the advice Ken. I have tried in the past using their ex-pats forum. But with no success unfortunatley.

Hi, Further to the various questions on the Essoldo/Commodore cinema in Cippenham, there is a servive on the web called “ask a librarian” and they will dig out whatever they can find which on old cinemas that bit the dust in the 1960’s wasn’t very much but better than nothing.
Any idea on why it was called Dolly’s? Who was Dolly? Nobody I have asked seems to know.
As a Cippenham exile and regularly e-mailing a bunch of others I would love to hear from those both near and far for a bit of a chinwag – cinemas, schools, pubs and just general chit chat – you name it.
BTW Upsatiars at the Essoldo was one fine ballroom and some of us took lessons from Bill and Rose Phillips; the benefits were you actually got to grips with the opposite sex and afterwards you could sneak into the balcony complete with courting seats (no armrest between) without paying.
Cheers – Jeff ()

The Essoldo, Cippenham was demolished many years ago and is now a Courts Carpet warehouse.

It was called the dollys because it is sort of essoldo Backwards it was a nickname given by the locals & has nothing to do with any girls name.I went there inthe 50;s to Bill&Rose Phillips Dance School & had a great time I left Slough in the 70"s & now live in Australia &am trying to find out about Bill & Rose