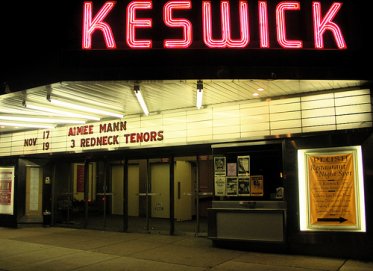 GLENSIDE, PA — AEG is buying another theatre, the Keswick.

AEG Live, the Los Angeles company that is the world’s second-largest concert promoter, behind Live Nation Inc., has won tentative approval to buy the Keswick Theater in Glenside for $2.8 million, according to concert-industry publication Pollstar. The seller of the 1,374-seat theater, which opened in 1928 and was designed by Philadelphia Museum of Art architect Horace Trumbauer, was promoter Jack Utsick’s Worldwide Entertainment. AEG, which books the annual Coachella Festival, to be held April 25 to 27 in Indio, Calif., is making an East Coast move. The company is also promoting All Points West Festival, which is to feature headliners Radiohead, Aug. 8 to 10, in Jersey City. And longtime Philadelphia booker Jon Hampton is now booking the Trocadero for AEG. – Dan DeLuca

Courtesy of the Philadelphia Inquirer.

(Thanks to Many Cats 4 Me for providing the photo.)