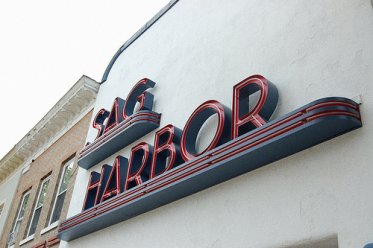 SAG HARBOR, NY — After a 30 year run, Gerald Mallow is calling it quits and looking to sell the Sag Harbor Cinema to someone interested in maintaining the tradition.

Mr. Mallow, 72, announced recently that the movie house in the midst of Main Street’s shopping district would be for lease or purchase for $12 million.

About 75 films a year are shown there, but Mr. Mallow said he hoped that whoever takes over runs it “on a much more ambitious level” as a community performing arts center.

Read the full story in the New York Times.

(Thanks to haccamopooly for providing the photo.)

I’ve been coming to Westhampton Beach every summer since 1977, but I have failed to ever get to a movie at Sag Harbor. SHAME ON ME!!!

I have been to every theater in Suffolk county but this one.

With a 12 million price tag Mr. Mallow will be running this for many years to come.

This theater will never be sold as atheater for that price.Retail this is a gold mine location…….Crazy

That’s the sad part. At $12MM this site will not pay as a theater. Any buyer who pays anywhere near that will be forced to use it as high end retail. The seller says that he prefers the buyer keep it as a movie theater but if someone offers him $12MM and plans to turn it into a Versace store, I can pretty much guarantee he isn’t going to turn it down out of principle. He’ll take the money and run. Who wouldn’t?

The only way a single screen theater will survive in the future is if the retail value or land values don’t rise in excess of what the theater can make as a going concern. Sadly, this doesn’t bode well for theaters like this one in Sag Harbor.

In New York City, I believe that the odds are better than even that the two best remaining single screens, The Ziegfeld and The Paris, will survive for many years to come. The Paris is owned by a billionaire who, in theory, doesn’t need the money that the sale or the sublet of the Paris would bring. The Ziegfeld, is on a very long term lease and, again, the land is owned by the very wealthy Fisher family. Hopefully, they don’t need the money either. Otherwise, these two would have been long gone.