World Premiere of Universal Signs at the Keswick Theatre May 30th 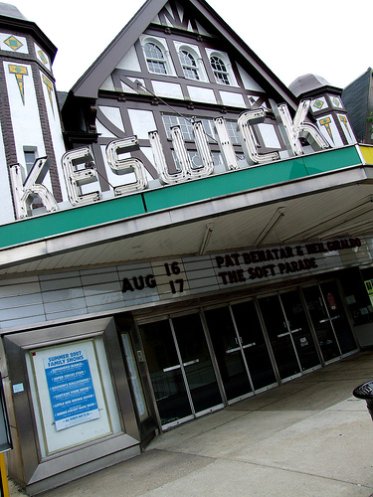 Get to Know the Filmmakers: Philadelphia Filmmakers Ann Calamia (writer/director) and Catherine Miller (producer) along with Robert DeMayo (ASL Consultant) will be available in the Keswick lobby after both screenings to meet and answer questions.

If you cannot make the premiere, Pre-Order your DVD at the Universal Signs site

About the Film:
Universal Signs, a ground breaking modern â€œsilentâ€ film, presented in mesmerizing American Sign Language (ASL) with English subtitles, touches the hearts and minds of hearing and Deaf audiences alike with its hopeful, uplifting story of love, connection, and forgiveness. The film was shot on location in Philadelphia. The film is told primarily in Sign Language and is Open Captioned for ALL Audiences. This film was produced with support of a Philadelphia-based non-profit for Deaf Accessibility and Awareness to the Cultural Arts, Creative Access. A portion of the film’s proceeds go back to the Philadelphia Deaf community.

Film Reviews:
“Universal Signs will leave you with a warm feeling while also making you think twice about the way you communicate with those around you. Through a unique combination of music and subtitles, Ann Calamia delivers a CINEMATIC EXPERIENCE UNLIKE ANYTHING YOU’VE EVER SEEN." ~ Walter Kealey, Philadelphia Film Festival

“Subtitles are an essential part of the story in Universal Signs. Rather than merely translate what the actors are saying, they give viewers an INTIMATE WINDOW into a UNIQUE SUBCULTURE."
-Chris Marlowe, The Hollywood Reporter

“A perfect reminder that a well-timed word, whether spoken or unspoken can be all you need to FALL IN LOVE. Just as you are likely to be by the end of Universal Signs."
-Erik Childress, Chicago Film Critics Association

Your support is appreciated. Please share this information with friends, family, and the people in your world! Thank you! www.universalsignsmovie.com

(Thanks to Laundry Broad for providing the photo.)

Beautiful theater- is this near Philly?

That’s why I wrote in the theater page introduction’s 1st sentence:

The Keswick Theater is in Glenside, a Montgomery County suburb of Philadelphia.