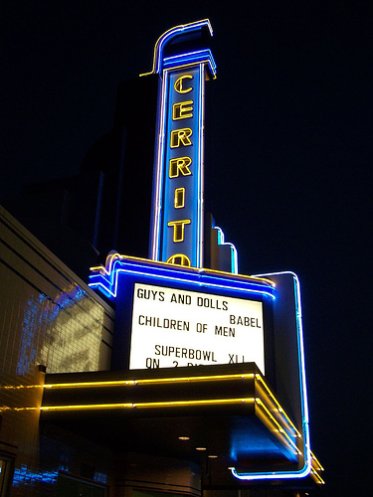 OAKLAND, CA — After reporting that the Parkway Theatre might reopen, the Cerrito Theatre looks to possibly open as well, after a brief moment in the dark.

The Cerrito Theater in El Cerrito and its former sister theater, the Parkway in Oakland, will both likely reopen within the next few weeks, this time as competitors instead of siblings.

The Cerrito and Parkway both closed this spring, when the owner, family-run Speakeasy in Oakland, ran into financial troubles. The Cerrito’s new operator is expected to be Rialto Cinemas, which runs the Elmwood theater in Berkeley and the Lakeside in Santa Rosa. An Midwestern investors' group called Motion Picture Heritage is negotiating to buy the Parkway.

Read the full story in the San Francisco Chronicle.

(Thanks to lslphoto for providing the photo.)