Hartlepool Council to decide on future of Odeon Cinema 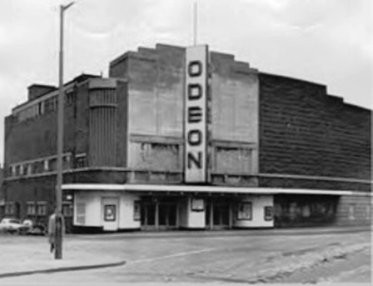 HARTLEPOOL, ENGLAND — Hartlepool Borough Council officials will meet on Friday 30th July, to discuss the future of the towns run-down former Odeon Cinema. The last film was shown in October 1981, since then the building has only been partially re-used as the Joe Pools American bar and Caesars Palace Nightclub, between 1994 & 1999.

The building has been left to gradually deterioate, to the extent where the council has been forced to close off parts of the footpaths round the building due to falling masonry from the windows. The owners have failed to come up with any re-use plans and despite continued warnings, have also failed to maintain the building, which has become rife with pigeons, using open windows as access. Water ingress has also created problems, with damp patches appearing on the auditorium external walls.

The recommended option is to enter into partnership with a private developer, other public sector bodies or a community, voluntary or charitable group.

That would involve a legal agreement being drawn up and ownership transferred to the development partner if a sale could be agreed. The cost of recruiting a partner would come from within existing council budgets for derelict land and buildings.

Read the full story in the Hartlepool Mail.