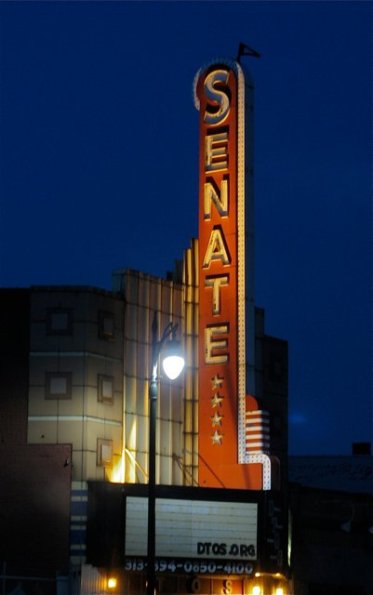 Many exciting things happening at the Senate. Volunteers have been hard at work painting, cleaning, refreshing, and much more. The Wurlitzer is sounding better than ever after recently being professionally releathered (including the electro-pneumatic relay !)

Many recent pictures and updates at http://www.facebook.com/DTOSonFB

Jelani Eddington
During the years that Jelani Eddington has given concerts, he has easily established himself as one of the most prominent and sought-after artists on the concert circuit. Jelani has performed in most of the major concert venues throughout the United States, has toured extensively abroad, and has received numerous awards and recognitions, including his selection as the 2001 Theatre Organist Of The Year.

In addition to his work as an organist, Jelani has also distinguished himself as a concert pianist, appearing recently as a guest pianist for performances of Edvard Grieg’s Piano Concerto in A-Minor, George Gershwin’s Rhapsody In Blue, and Leroy Anderson’s Piano Concerto in C-Major. In February 2008, Jelani was invited to perform two special performances of Anderson’s concerto with the Tulsa Signature Symphony as part of a celebration of Leroy Anderson’s Centennial.