Village Theatre Reopens After a Decade in the Dark 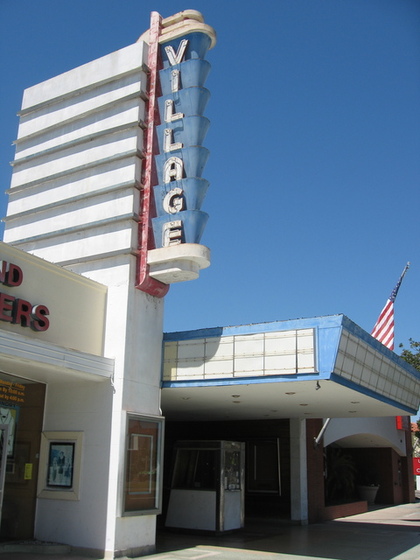 CORONADO, CA — The Village Theatre finally reopened on Friday, June 24th with “Cars 2” after closing for renovations over a decade ago in 2000. According to NBC San Diego, the former single screen theater is now a triplex with 195 seats in the main theater, along with two screening rooms for 45 patrons.

Murals have been added to all three auditoria designed by the recently deceased Joseph Musil and Disney muralist Bill Anderson. The theater has been refurbished throughout and has installed a new booming Dolby six-channel Digital sound system.

It pleases me to no end that my friend, Joseph Musil, has been recognized for his invaluable talented theater re-design efforts at the Village. My only regret is that he was not able to live long enough to physically see his final accomplishments… but his vivid imaginations will live on, in countless theaters across America, for patrons to enjoy! I do hope someone will provide photographs for CT members? Sleep well, sweet prince, we miss you so much -Simon

This is wonderful news! I can’t wait to see it! Thank you for the update.