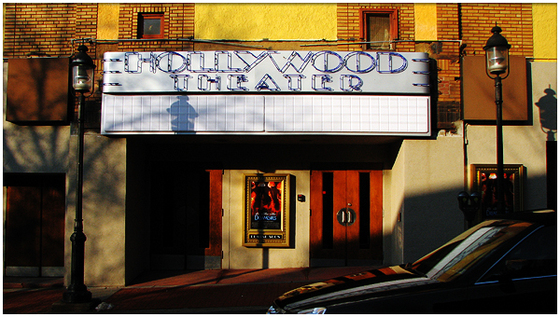 PITTSBURGH, PA — “The old-fashioned, single-screen neighborhood movie house seems to be undergoing a slow, but noticeable comeback” the Pittsburgh Tribune-Review reports. After decades of single screen cinemas closing in the city and in outlying areas, the newspaper reports on the rising fortunes of the Hollywood Theater, the Denis Theatre, The Oaks Theater, as well as the Strand Theater in Zelienople.

(Thanks to macwagen for the photo of the Hollywood Theater.)