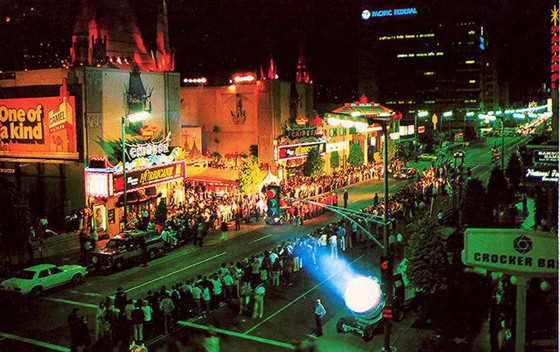 HOLLYWOOD, CA — The Los Angeles Times takes a look at the growing number of handprint ceremonies at Grauman’s Chinese Theatre. This past year, there were the most ceremonies since the theatre’s opening year as its new owners try to draw more awareness as well as business to the building.

Maybe the new owners should focus of getting “A” films booked into the theatre instead. Perhaps share with Arclight as Mann did with Terminator a few years back. Instead they just want to turn the place into another Tourist Trap like the Hollywood wax museum, have “Rave” parties and hold premieres and hand/foot ceremonies so they can rub elbows with the Hollywood Elite. They really are not taking the place in the right direction. It is a movie theatre and should focus on getting people in the damn seats.