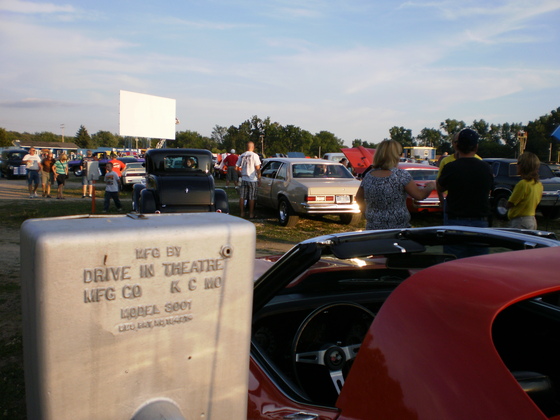 FLINT, MI — Flint’s annual Back to the Bricks festivities were kicked off last Tuesday with the annual Bricks Flicks at the US 23 Drive-in Theatre. Classic cars and trucks along with regular spectator vehicles started streaming into the drive-in faster than last year according to Back to the Bricks chair Al Hatch.

The event began at 5 p.m. with DJ Bob Steel spinning the oldies. The movie, which started at dusk was the 2011 remake of “Footloose.” Because the central character in that film drove a classic VW Beetle he repaired, there was a special display of VW Beetles near the screen the movie was shown on. All in all, it was a fantastic experience for everyone.

There’s more in the Flint Journal here and here. They also featured this piece about a couple that’s been going there for 50 years.