Dunwoody, GA - When will the historic Brook Run theater in Dunwoody be demolished? 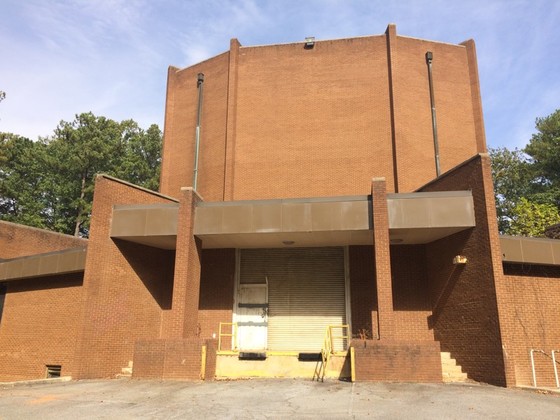 From The Atlanta Journal Constitution:
The 102-acre Brook Run Park in Dunwoody includes a dog park, a community garden, a skate park, a playground, a trail and even a zip line course.

But one thing it soon will not include: a beloved 34,000-square-foot building built in 1966 that served as the “de facto town center for the Georgia Retardation Center for more than 30 years,” according to a July letter to city officials from the nonprofit support group, Brook Run Conservancy.

Hundreds of people — including Rodney Mims Cook Jr., who is credited with saving the Fox theater in the 1970s — wanted the building to be saved.

But the Dunwoody City Council sealed the building’s fate in September with a 6-1 vote to demolish it; the only opposing vote coming from Mayor Denis Shortal.

The council then approved a vendor contract to conduct the demolition of the Brook Run Theatre building.

Brook Run Conservancy president Danny Ross, who had big plans for saving the building, said the supporters’ “dreams and desires were cut short” that sad day.

“… Something like this is a resource the city had, and it should have been used,” Ross said. “All we were asking for was time to raise the money.”

The conservancy group was trying to raise $7.5 million to restore the building and repurpose it as a performance arts center and gathering place.

So it seems the question now is, when will the geometrically-fascinating building come down?

Dunwoody communications director Bob Mullen says that could be late this week or early next week, but no definitive time or date has been set.

Stained glass structures in the building have been removed and packed for repair and storage, and the next step is removing asbestos from the building, Mullen said in an email.

Once that’s done, the contractor will begin demolishing the building.

So what happens to the stained glass?

There are no specific plans for them yet, and they will remain city park property until a future use is determined, Mullen said.

Ross said he has heard talk of putting some of the glass in city hall, but that doesn’t do much to console him.

“Politically, these guys made up their mind before we even started the process, that this building was going to go.” 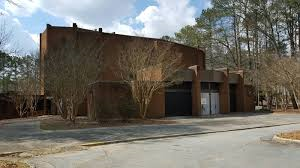 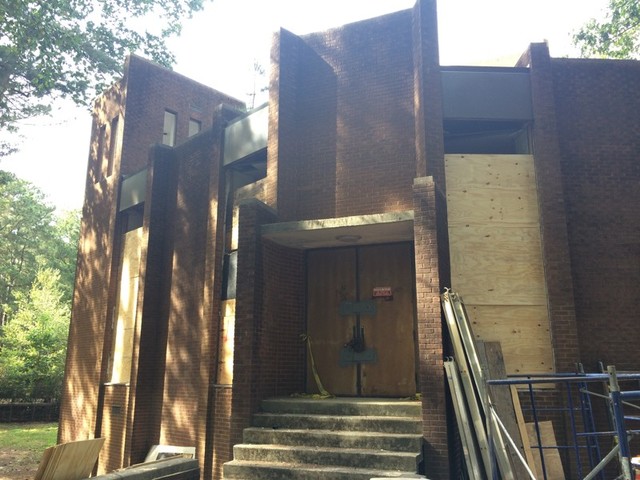 how many seats does (or did) this theatre hold?