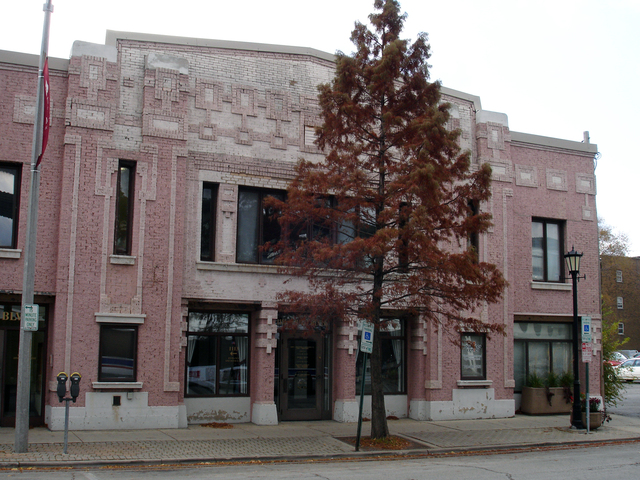 The Playhouse, opened in 1913, was designed by the prolific Oak Park-based architect E. E. Roberts, who also designed the recently razed Warrington Opera House (which housed the Mar-Lac banquet hall since the early 60s) in Oak Park, which stood not far away, on Marion Street. The 700-seat Playhouse, despite its legitimate-sounding name, opened as a vaudeville and “photoplay” house and stood on South Boulevard not far from Marion Street (at that time known as Wisconsin Street).

An unusual feature of this theater was its “motorized roof”, a series of mechanically opened skylights to allow cool air in on summer evenings. Along with the Warrington Opera House and Oak Park Theatre (later called the Lamar), which stood next door to the Warrington, the Playhouse was one of the village’s larger early theaters.

The Playhouse, however, would also be one of the shortest-lived of Oak Park’s handful of movie houses, closing a little over five years after it opened, in 1918.

The Playhouse was later used as a warehouse for decades, but has in more recent years been repurposed as office space. It still retains its unusual Prairie-style facade, which still suggests its movie house orgins.

Here is an undated photo of the Playhouse:
http://tinyurl.com/2h7lrp

1913 ad in the photo section for this theatre.