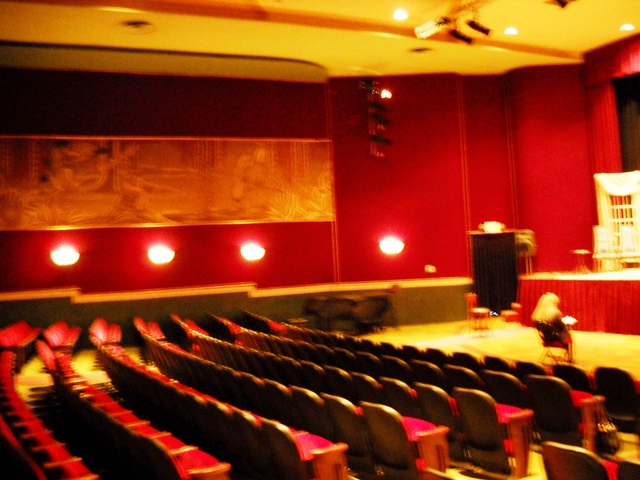 Since 1998, the restored historic Palace Theatre has been the home of the Performing Arts and Arts Enter Cape Charles.

The Palace is mostly a community center with live concerts and plays, but still shows the occasional classic movie. The Palace has a balcony that is divided, as the projection booth is the middle of the balcony. Each side balcony seats approximately 30 people.

The correct name of the architect of the Palace Theatre is Alfred M. Lublin. A Jewish architect who fled Germany when Hitler came to power, he arrived in the United States in 1936 after practicing in Paris for a couple of years.

After the war his Norfolk-based firm, Lublin, McGaughy & Associates, founded in 1943, established branch offices in Paris and Milan, which Lublin headed. He died at the age of 53 in an airliner crash in 1960, cutting short a very successful career.