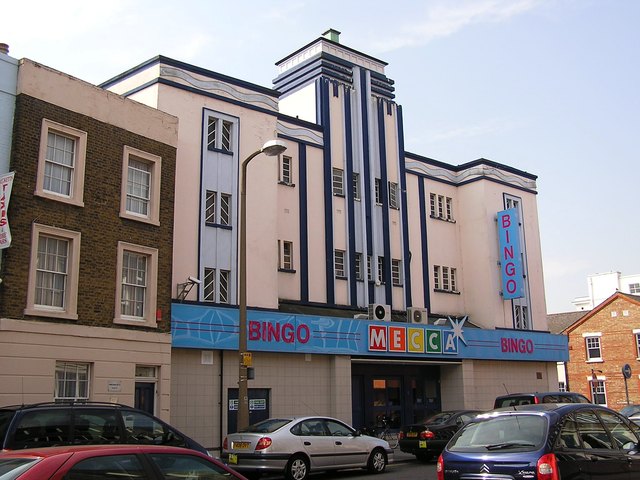 The Central Hall opened in 1913, having been designed by Norfolk & Prior (Catford) Ltd. and was situated on the corner of King Street and Granville Road, just outside the main centre of town.

It went through several owners, at least one of whom went bankrupt. In 1931 it was taken over by Lou Morris. It was acquired in 1932 by Bernstein Theatres, the owners of the prestigious Granada circuit. They engaged George Coles and Theodore Komisarjevsky to totally redesign the Regal (renaming took place in 1930 when sound equipment was installed). Very little of the Central Hall, apart from the outside walls survived.

The new facade was not unlike a small version of the Kilburn Gaumont State, whilst the refined interior, not in Granada style, bears many similarities to the plainer style of Komisarjevsky. Seating was increased to 1,286 of which 349 were in the single balcony. However it never became a Granada and was passed to Courtwood Cinemas in 1934. It was bought by Essoldo from Southan Morris in 1954 and renamed in 1956.

The Essoldo was an early cinema closure in Watford, being converted to bingo in 1968 and remained a Mecca Bingo Club until it closed on 9th November 2014. The auditorium was demolished to build 29 flats on the site named Essoldo Court. There is also a car park. The facade was saved and is in use as an entrance to the flats.

Auditorium appears to be demolished with car park in middle and apartments around the perimeter.