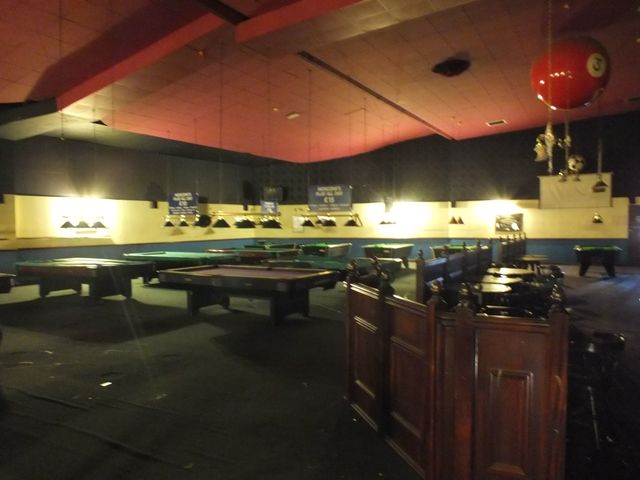 The Cecil Theatre is the second cinema of this name in Hull. The original opened in 1911 on a site on the opposite side of the road to the present Cecil Theatre and was called the Theatre De Luxe, being remained Cecil Cinema in 1925. That cinema was destroyed during a night of air raids on the 8th May 1941 but the remains were not cleared until 1953. (It has its own page on Cinema Treasures)

At the time of opening it had the largest CinemaScope screen in the country measuring 57 feet wide, and the first film shown was Marilyn Monroe “The Seven Year Itch”. The proscenium was 60 feet wide, and the cinema was equipped with a Marshall Sykes 3Manual/15Ranks organ, which was opened by organist Vivian Newall.

There was also a 100-seat restaurant & bar which in 1971 was converted into a second screen seating 137 (Cecil 2). The following year the main auditorium was spilt into 2 smaller cinemas in the balcony (Cecil 1 & 3 each seating 307) and an entertainment hall in the former stalls which became a Mecca Bingo Club, with Mecca also operating the cinemas.

In the 1980’s it was taken over by the Cannon Cinemas chain. The cinema operation was closed on 23rd March 1992 and the cinemas were ‘For Sale and/or Lease. It was taken over by Take Two Cinemas and renamed Take Two Cinema. It was closed on 27th February 1997 and the two screens in the former circle were stripped out and converted into a snooker club.

Whilst bingo continues in the former stalls area of this post war
cinema, the former mini cinemas in the circle still contain the snooker tables, but the space is unused. The screen in the former restaurant/cafe area remains basically intact, but is unused.

“I suppose the upside is that at least part the building is being used and
maintained!”

I remember the Cecil as a single theatre before I left the Hull area to come to Canada as a teenager in 1961. It was a beautiful, modern theatre with a fine restaurant. There was an elevator which went up to the projection room. I recall how spotless the projection room was and the great pride the staff had in putting on a great show.

It was sad for me to read how the Cecil was carved up into three theatres and then closed.

The Cecil was, for a while, a small cinema known as ‘Take Two’. This cinema specialised in films which had left the larger circuits and were a few months old. This will have been around 1994-1995, and didn’t last very long – probably only about a year.

For more information and some great photos of the Cecil projection room go to David Salmon’s website at: www.davesden.fsnet.co.uk/cecil.html

This website brought back some great memories. You will also see that I was not kidding about the spotless floor I mentioned in my earlier post!

Also….does anyone have any photo’s of the Dorchester in Hull? It was a wonderful movie theatre and part of the same chain as the Cecil.

I worked at the Cecil in the three years before it closed in the 90’s. MGM owned the place before the Virgin group bought it and closed it. It was a good place to work and an interesting building. Behind the scenes had remained unchanged since Anna Neagle first opened it. The organ had been removed however but the organ room was still in tact in the bingo section of the building. The fire exits led to long dark corridors that were always being infiltrated by kids sneeking in for a free shows. I understand that this was always the case. The resturant kitchen was fully intact and resembled something out of a Kubrick film – very spooky place!

The old ABC cinema closed about 6-7 years before Cecil. It was located at the mouth of the old bus station again on Ferensway (the main city centre Hull road) I used to attend the dance school aboue the cinema, Calis Wardby I think it was called. A guy was emplioyed by the cinema to sit at the bottom of the stair behind the glass fire door to stop kids from sneeking in. He would be there for hours reading his book. The irony is that the cinema made this guy the best read man in Hull!

The last flim I saw at the ABC was one of the Police Academy films of all things, with my sister. Ah! innocent days!!

The new URL is:
View link

By April 2009 the upstairs bar, occupying at least part of the cinema area has closed and the upper area is for sale, bingo and other businesses continue on the ground floor.

I have very fond memories of this cinema also spent most of my growin up in cecil,got in for free as my dad worked at abc over the road,i can smell the butterkist popcorn as i write and think about it..

I used to go the ‘Take Two’ cinema as a student. I was slightly addicted to the cinema back then and it was great to have another alternative to the Hull Screen when I had see virtually all of their offerings; it was also incredibly cheap! I remember watching, ‘Shopping’ there (not Jude Law’s best) but, most importantly, ‘The Exorcist’ on the big screen – a memory that I’m sure will stay with me forever. Cracking stuff!