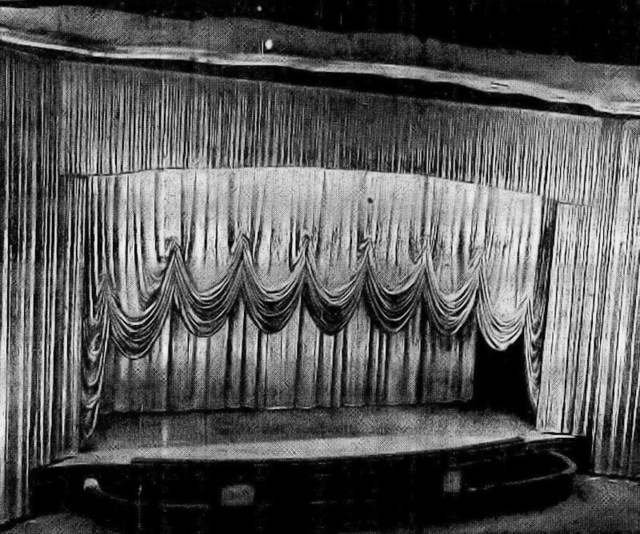 Today the former theater forms a part of the Oklahoma City Museum of Art. The former lobby was restored and reopened as a 200-seat movie theatre in 2017.

Were the spectacular black light murals in the Center/Centre Theater preserved? If so, I would really like to see photos of those displayed. Also photos of the magnificent Deco glass and aluminum stair railings. That was a lovely old theater as were the Midwest, Warner (built as the Overholser Opera House if memory serves), Harbor, and Criterion — all destroyed during the madness of the 1960s “urban renewal” debacle. – OKC ex pat Scott Foster, Honolulu.

Original Deco glass railings are preserved inside the museum, along with the grand staricase. Unfortunately those glorious murals are forever gone. Hopfully someone will come up with interior photographs.

OKLAHOMA CITY â€" The Oklahoma City Museum of Art is looking for submission of stories, photographs and memories of the Centre Theatre, in honor of the 60th anniversary of the theaters opening on Christmas day, 1947

The theatre had a long run from its opening in 1947 to the mid 1970â€™s when it was eventually closed down. Throughout its operation, the theatre was more than just a movie theatre; it was a venue for sports telecast, civic fundraisers, religious lectures, and even the site for a square dance. It was a special place for many people.

View link
Centre Theatre 1947 construction photos can be seen by typing in the search ares of above site the word “theater” (has to be ‘er’ spelling).

Not sure where the page creator got their information about a 1980 closing. The last ad ever for this theater (with an “Ends Tonite!” by-line) in either OKC newspaper was Friday, April 30, 1976, with a double feature of Ossie Davis' film COUNTDOWN AT KUSINI (aka COOL RED) and Yul Brynner in THE ULTIMATE WARRIOR.

Hosted actor George Peppard for an 8pm, Wednesday, May 12, 1971 live appearance to introduce his latest film, ONE MORE TRAIN TO ROB (following the regularly scheduled feature, THEY MIGHT BE GIANTS). Earlier in the day, as part of a national publicity tour he met with the Lt. Governor and Spectro Theaters officials and spoke of current movie industry challenges. [“Peppard Encourages State in Movie Industry Push”, Oklahoma Journal, Thursday, May 13, 1971, pp. 5]