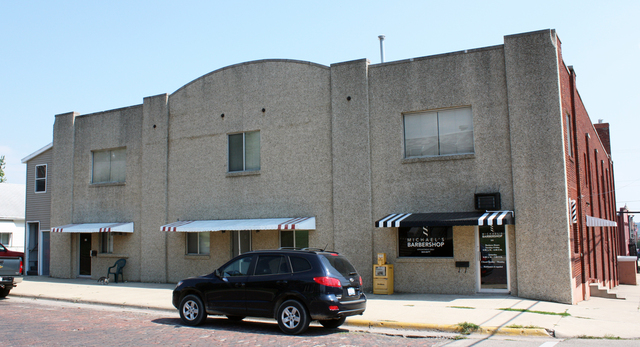 The Valley Theatre was opened around 1923. This theatre was one of 13 owned and operated by Alger Theatres. It was located in Spring Valley, Illinois and it was closed in 1958.

This is from Boxoffice magazine in August 1941:

SPRING VALLEY, ILL.-The Valley, closed for renovation, is slated to reopen around August 15. Approximately $10,000 is being spent for interior and exterior improvements. George Denby is manager.

As of the last time Google’s camera car went by the Valley Theatre had not been demolished. The auditorium has gotten fenestration though, so it has been converted to either offices or possibly housing.

A 20-watt radio station, WGBW, had been licensed to the Valley Theatre, according to a notice in the March 7, 1925, issue of Radio Digest.

Boxoffice of March 30, 1959, reported that fourteen boys, the oldest being twelve, had petitioned the Spring Valley City Council to have the Valley Theatre reopened. The Council resolved to contact the owners of the theater building about the matter, but it looks like the boys never got their wish.