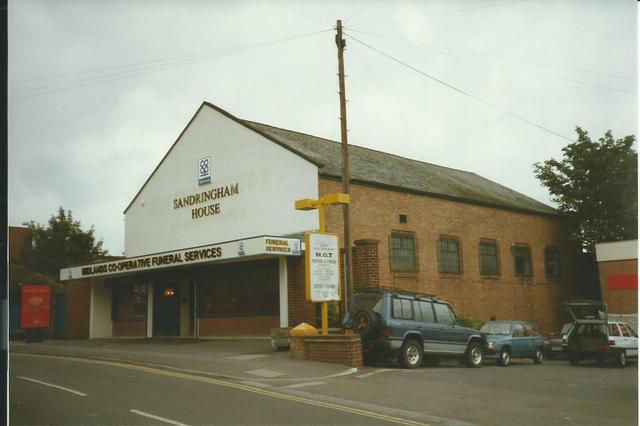 Opened on 20th August 1928 as the Spondon Picture House, located in Spondon, an outer suburb of Derby. The opening film was “Brigadier Gerard”.

The building was quite plain on the exterior, the facade was unadorned brick that had a stone coping along the top frontage and a central window above the entrance which allowed light into the circle foyer. There were two small shop units either side of the central entrance. Inside the auditorium seating was provided for 370 in the stalls and 150 in the circle.

Always an independently owned and operated cinema it led a fairly uneventful life screening films several months after they had played the centre of Derby and its inner suburbs.

Even CinemaScope was a late arrival here installed in early 1958 as an attempt to win back dwindling audiences, but this didn’t happen. To make matters worse a major by-pass road had been built that split the local area in two and made access to the cinema for its local audience more difficult reach.

The Sitwell Cinema closed on 11th October 1958 with John Payne in “Bail Out at 43,000 Feet”. The building lay empty and unused for a while until it was purchased by the Derby Co-Operative Society and converted into a supermarket. The facade and foyer area were demolished and the auditorium was given a low false ceiling. It now operates as a Co-Operative funeral home.