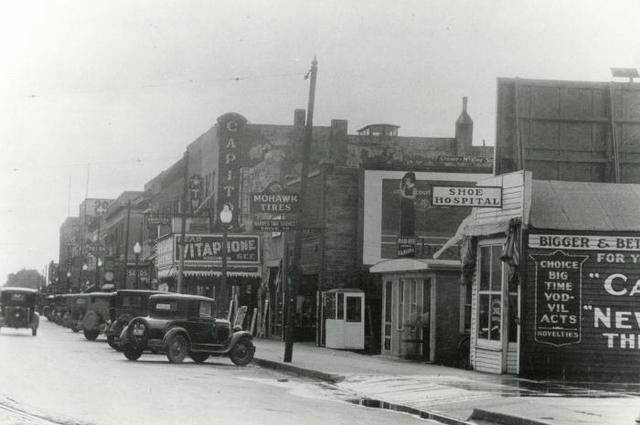 This information comes from the Ames, Iowa library. Built in 1911 and opened November 16, 1911 as the Princess Theatre. It was renamed the Capitol Theatre on August 3, 1927 following a remodel to the plans of architect Norman T. Vorse for its new owners A.H. Blank/Publix. It was closed April 13, 1952 and became a paint store. It was destroyed by a fire on January 16, 1957.