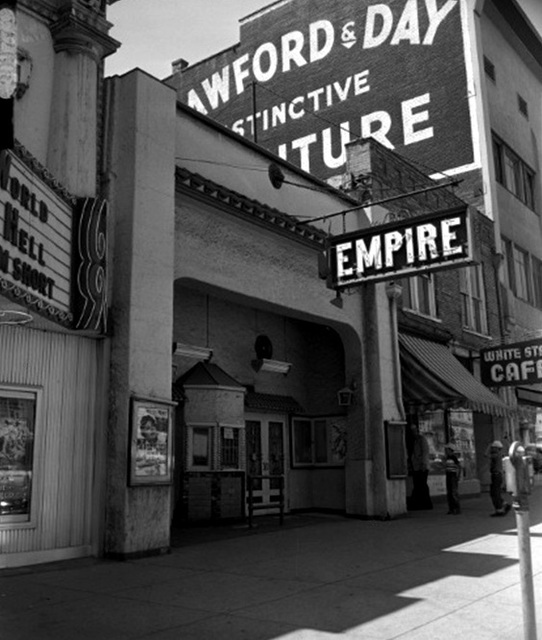 The Empire Theatre, which opened in 1908, was the first movie theatre in Salt Lake. The theater was located at 158 S. State, next to the Gem Theatre and down the street from the Promised Valley Playhouse. The building was built in 1906, so the theatre may have been a converted store.

The theatre was founded by Harry S. Rand, who owned a chain of hotels until he lost much of his fortune in the San Francisco’s Fire of 1906. In 1908, Mr. Rand started a chain of theatres in Salt Lake and Denver. He personally managed the Empire Theatre in Salt Lake until 1916 and then turned the lease over to W. E. Shipley.

The Empire Theatre installed a sound system in 1930, but the theatre did not make the transition to widescreen films in the early-1950’s, due to its long and narrow interior. W. E. Shipley retired in 1950, and the Empire Theatre closed circa 1955.

The closing of the Empire Theatre was noted in an item in the July 23, 1955, issue of Boxoffice Magazine. 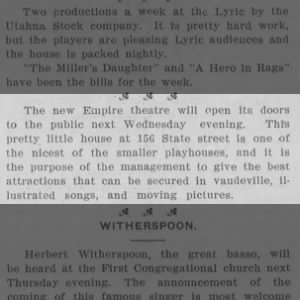