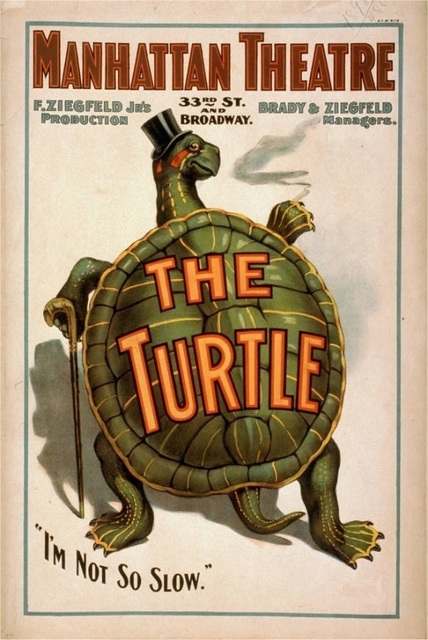 Directly across from Greeley Square at 6th Avenue and W. 33rd Street, the theatre first opened in 1875 as Eagle Variety Theatre, and was re-named the Standard Theatre in 1878. All but destroyed by a fire in 1883, it was re-built in a more modern style and re-opened in December, 1884. The Standard Theatre was re-named the Manhattan Theatre in 1898 and also re-furbished by architect Howard Constable.

By 1907, the Manhattan Theate was no longer in demand as a playhouse, so a new owner William Gane switched to showing movies instead and it was renamed Ganes Theatre. To justify a 10 cents admission charge, several acts of vaudeville were added to the programs. This was reportedly the first time that a New York theatre had shown movies as the main attraction. Previously, movies had just been supplements to vaudeville.

In 1909, the Ganes Theatre was demolished to make way for Gimbel’s department store, a structure that still stands but converted into a shopping mall and part of a branch of J.C. Penny’s.