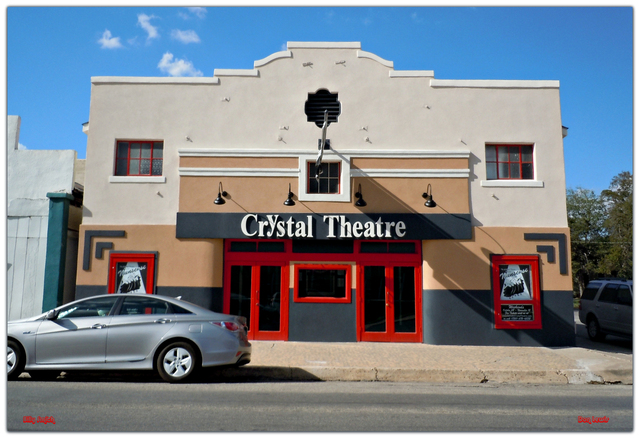 The Crystal Theatre, which opened in 1917, was also known as the New Playhouse with 586 seats.

The Crystal Theatre operated as a dinner theater in 2006, but later closed. In June 2009, it had reopened as a live theatre with a reduced seating capacity of 125.

Any further information on this theater would be appreciated.

Don: Your link shows to be the COLE Theatre in Halletsville Texas…

From 2012 a photo of the Crystal Theatre in Gonzales.