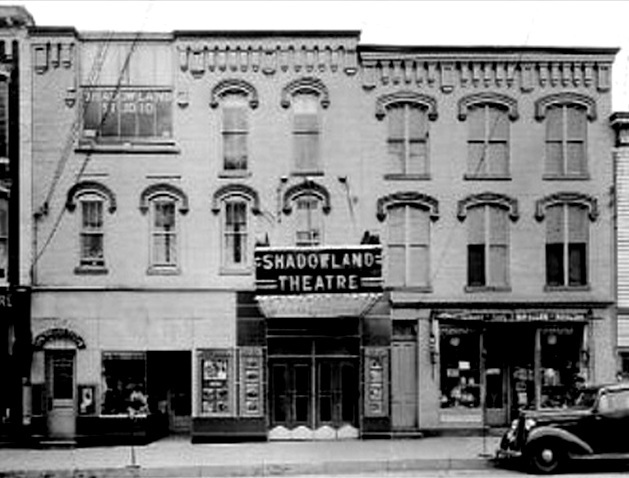 Opened as a vaudeville and movie house in 1920, seating originally 900. By 1950 it was operated by Liggett-Florin Booking Service and they were still the operators in 1957.

As Bryan Krefft’s description of the Shadowland Theatre says that it opened in 1920, I think that the following item from March 20 issue of The American Contractor that year probably concerns this theater:

The photos lostmemory linked to show that the theater has a facade in an architectural style common in the 1850s and 1860s. I’d guess that the 50x80 building erected in 1920 was the auditorium, built behind the existing older building, which was adapted as an entrance. Google’s satellite view shows that the dark roof of what must be the auditorium is about 50x80, though it looks like a bit was added to the rear of it,probably when the house was converted for live theater. That part has a white roof.