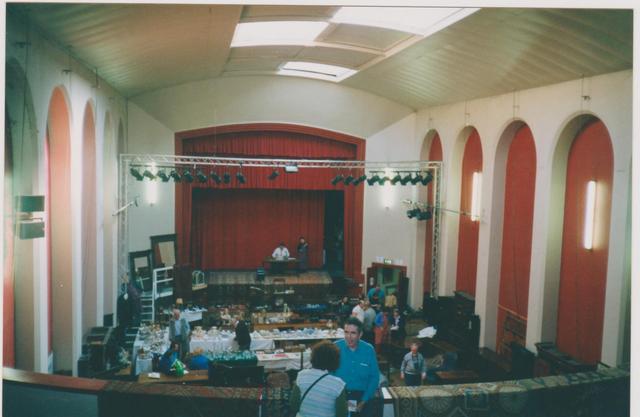 Located in the small town of Stamford, Lincolnshire. Built as the Exchange Hall in 1858, In August 1913 it was re-named New Palace of Varieties, but this was short lived as it was closed for the duration of World War I. From 27th December 1920 it re-opened as the Electric Cinema and from March 1923 it was re-named the Picture House.

Shortly after a major refurbishment the building caught fire on the night of 25 March 1925 and was virtually destroyed apart from the outside walls and cellars. It was rebuilt, using the remains of the previous structure, by Messrs Traylen and F.J. Lenton, and at this time the stage and proscenium arch were added, together with a small balcony at the opposite end of the hall.

It continued principally as a cinema until 1956, under various names including Picture Palace and Picturedrome. It then became a multi-purpose facility accommodating dances, stage productions, auctions, antique centre and meetings.

In 1994 the roof was replaced and in 2007, the building underwent a transformation. This split the hall horizontally with the dance hall and meeting rooms remaining on the ground floor and a new theatre, seating over 400 in a single raked tier, at first floor level and using the existing stage (albeit at a level approximately two feet above the existing stage) and proscenium arch.