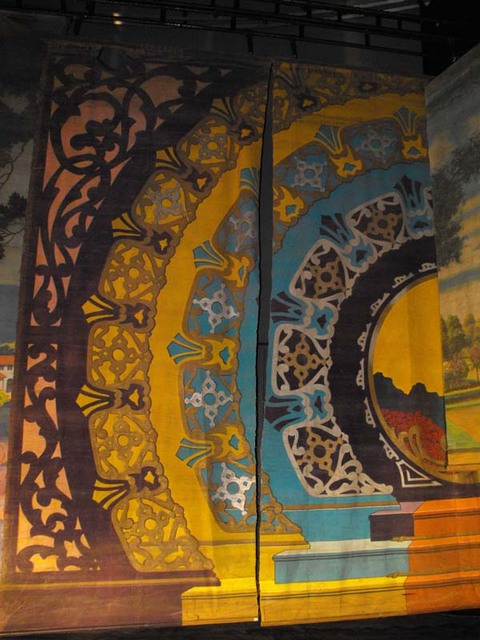 This theatre was opened on Bank Holiday Monday, 1909, as a large music hall, designed by architectural firm Horsfall & Sons. It was part of the MacNaghten Vaudeville Circuit, and occasionally showed films up to the end of the 1920’s. Gutted by fire in 1935, the Palace Theatre was rebuilt in the Art Deco style and a continuous programme of live variety shows. The rebuild in an Art Deco style by architect Roland Satchwell made conversion to a ‘super cinema’ easy, as it was equipped with a projection box, but never screened films due its success as a theatre with stars such as Gracie Fields, George Formby and Sandy Powell packing the house.

In fact, largely due to World War II, variety continued up to the late-1950’s. The Palace Theatre reopened as the Continental Music Hall in 1959, but this failed and it became a bingo hall in 1963. This continued up to 1997, with the interior of the building remaining miraculously intact.

After over ten years laying unused, in 1989 the building was converted to a Chicago Rock Café and later Shout nightclub. The stage was still used for live acts, with the circle and gallery partitioned off. Its last use has been as a nightclub named Society, which was closed in late-2010 due to bad behaviour of its customers.

However in 2008, plans were proposed to demolish the Palace Theatre to extend the Kingsgate Shopping Centre. These were turned down, but an appeal was launched and the plans for demolition were approved. The façade and 4-walls of the theatre were retained (with windows inserted), but sadly the interior was gutted in October 2014 and converted into student accommodation.

@ Curfew.. Interesting picture. Satchwell used the same design on the edge of the 2 Circles. on the Alexander Theatre Birmingham. It is beleived that Roland Satchwell (Satchwell & Roberts) designed the first Art Deco cinema in the country “Capitol Cinema Birmingham” Drawing where done in 1924" The Owwner of The alex Birmingham was Chairman of The Clifton Circuit and was a Big Panto Producer. Question can you find out of Salberg did the pantos at the Palace ??? Because it is odd for Satchwell to even thinks of designing this theatre. It is out of his area

Mike, I recon you might be on to something here- have u an email or facebook address- really like to 1 to 1 with you- interesting that the palace burned down during the panto season in jan/feb 36. reopened easter 37. I have checked the design on the balcony at the alex , you are correct- Of course mcnagten vaudeville circuit who owned the palace would have had contacts all over the uk.

Over the weekend of 7-8 September 2012 stage cloths and equipment recovered from the Palace Theatre are hanging and on show at the LBT in Huddersfield. Do go and see for FREE http://www.hoststudios.co.uk and http://hoststudios.co.uk/bm/venues/lawrence-batley-theatre-2.shtml

Apologies the dates above should read 8 to 9 September

Some photos of the cloths from the Palace hanging at the LBT for HOST weekend.

The end of the begining!, well they have saved Roland Satchwells magnificient Art Deco frontage of 1936 and the 1905 theatre walls. Paid a visit tho loook at the work in progress yesterday, and was allowed A VERY BRIEF TOUR ! Unfortunately Satchwells fine auditorium ceiling has gone forever, along side the plasterwork from the gallery and circle fronts, which was exacly the same wave pattern as seen in Satchwells Birmingham Alex interior of 1935 (the place was really just a scaled down copy). Very sad to the safety curtain still stuck up on its mounts as it has been for the past 50 years awaiting specialist removal. Interesting parts of the 1905 origional have been uncovered during the strip out, for example the marks on the wall at either side of the pros, which appear to be the site of the pre fire boxes, and scorch marked stone on the frontage, uncovered as the workers have started to strip, repair and restore the faince tiles on the frontage which ill remain along with the theatres outer walls, as part of the new building. It is very sad, and the end of a long battle, and as i was allowed to stand at circle level and look out through the vomitory, which is the only part of the circle which was still up yesterday, part of me said, this should never have been allowed to happen. But unlike many Deco Theatres lost in the past, withe retained frontage, which is to be fully restored, The Palace will live on, and hopefully with its good ghosts as well!

Hmm. There remains one Roland Satchell Live Theatre Left. When In Birmingham Visit “The Alexandra Theatre” The Frontage has been cladded But the fine Interior is intact…

As of 2020 it is now student accommodation named The Palace Studios.