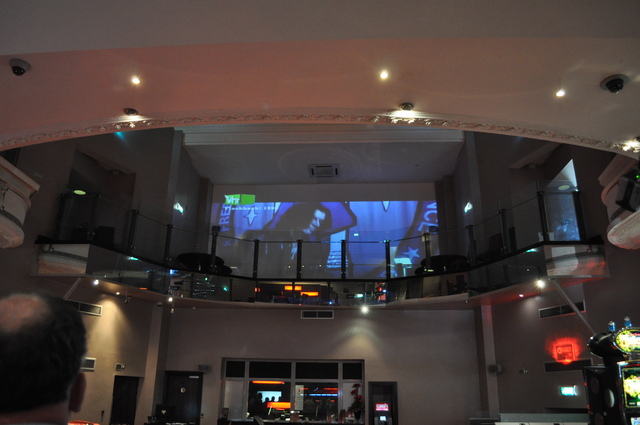 Originally built as a wool merchants warehouse. It was converted into the Princess Picture House, which opened on 19th May 1923, and was designed by local Huddersfield architect Clifford Hickson.

It was owned in 1943 by Princess Pictures Ltd., had a proscenium 24 feet wide, and also had a café in the basement and a dance hall within the building.

It was reputedly a very pretty cinema. The Princess Picture House closed as a cinema on 24th April 1982 with Richard Gere in “Yanks”.

It later became an up-market restaurant, then a nightclub and bar which closed in 2005. The building was converted into an up-market casino which will opened in 2008. It was closed in March 202 due to the Convid-19 pandemic and was still closed in October 2021.

The Princess Picture House is a Grade II Listed building.

Take a look at the visuals at www.casinored.com In July 2007 this company were given a license to convert the building into a casino. They have said that they will restore and retain the buildings origional features. If they are as good as their word, this must be better than the building standing empty and decaying

The high, coffered ceiling gave the place cavernous acoustics and the warm ambience of a mausoleum. Projection was from the rear of the stalls. In the balcony one felt cut-off from the rest of the auditorium, as little of the stalls was visible from up there. Noises of people moving about reverberated around the space under that ceiling.

At the end of the 1960s the Tudor-bethan, panelled foyer still boasted a small, pre-war, sign proudly proclaiming that the sound system was by Westrex!

I spent a few years in the 1970’s as A/M at the ABC Huddersfield and the Princess seemed to do very well with the second runs from both the ABC and the Classic.

I only visited the Princess once and it was on a rare Saturday night off. I went to the pay box ready to ‘cough up’ for the price of two circle tickets but the Manager/Lessee, Donald Whitehead (late of the Empire), happened to be duty cashier. Recognising me, he only charged for one, issuing a complimentary ticket for myself. He duly signed the back of it otherwise the ticket checker upstairs would have challenged its presentation on a Saturday.

The second feature, ‘Rio Lobo’ was about half way through as we sat down and when it ended the houselights came up and the festoon curtain was lowered. It was a pretty cinema and, I have to admit, retained nearly all concealed lighting and decorative fittings as opposed to the ABC where, by this time, our notorious cost-cutting Zone Manager had seen to it that very little remained illuminated apart from the main ceiling fittings and the house tabs….

Fully expecting to see the adverts and trailers when the lights dimmed and the festoons opened, I was amazed that they proceeded straight to the main feature,‘Carry On Behind', a first run (unusual for the Princess).

Some time later we acquired one of the Princess’s projectists at the ABC and I mentioned the unusual programme format. He told me that the ads, trailers etc always formed the beginning of the programme there and furthermore,that on the occasions when an epic film with an intermission was presented, the ads and trailers played after the intermission – prior to part two of the feature.

That must have been the most unusual procedure of any cinema anywhere – unless anyone knows of anything even odder still, that is……

1950 shot uploaded of front of house.

Two photos of the former Princess from September 2021 - still disused:-