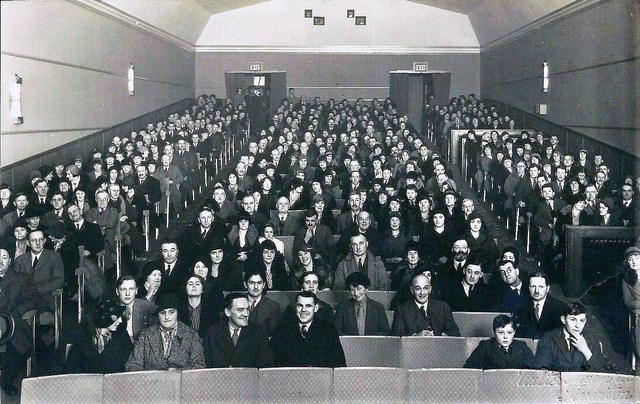 The Tivoli Cinema opened on 19th December 1932 with Jack Hulbert in "Jack’s the Boy". Originally the seating was on a single floor. There is a vertical sign on a building on Fore Street which announces the fact that there is a cinema there, but the actual cinema building is hidden from the street, set way back through a courtyard.

In 1951, following a fire, a new stadium type seating arrangement was introduced which provided for a raised seating area at the rear. Since 1995 the Tivoli has been operated by independent operator Mike Jackson.

Sadly the lease has come to an end and the Landlords won’t renew it. The Tivoli Cinema closed on 23rd August 2007. It was re-opened 28th June 2008, and is now operated by Merlin Cinemas.

Its now mid-August 07 Whats the latest on the Tivoli?