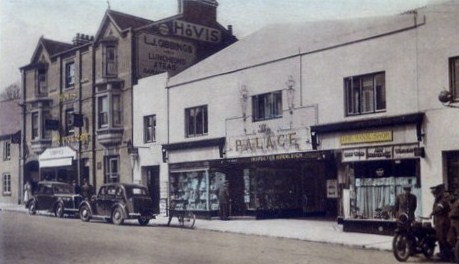 Located in Crediton, Devon. The Palace Cinema was opened around 1930. All seats were on a single floor. The proscenium was 18 feet wide. After CinemaScope was installed in the mid-1950’s, a new 21 feet wide proscenium was built.

The Palace Cinema was still operating in 1963. By 1966, it was under the ownership of C.C.W. Scott of Torquay, and had been re-named Regal Cinema. It had closed by 1980, and became a snooker club, which remains in use today.