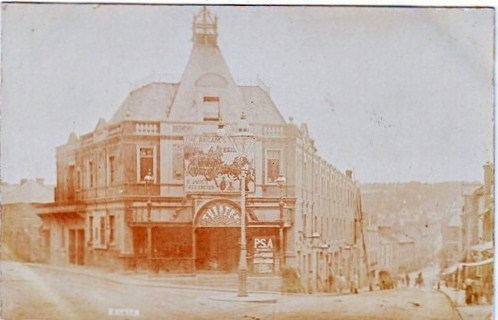 Located in Exeter, Devon. This was the third Theatre Royal to be built on this site. It was built within the walls of the previous Theatre Royal, which had been destroyed by fire on 7th February 1885.

The new Theatre Royal was designed by architect Alfred Darbyshire, and stood on the corner of Longbrook Street & New North Road. It was opened on 7th October 1889 with Gilbert & Sullivan’s “Yeoman of the Guard”.

The Theatre Royal was a popular theatre over the years, presenting music hall, drama, ballet and annual pantomimes. In the late-1950’s it was converted into a cinema, and was closed and demolished in 1962.

A block of offices named Portland House was built on the site. It has now been converted into apartments.