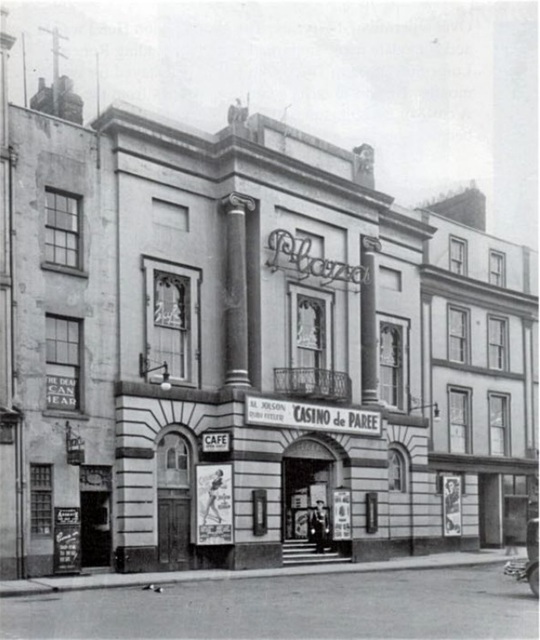 The Royal Public Rooms were opened by 1820 with a seating capacity of 700. It was designed by architect William Burgess. In February 1907 it was screening films. It became the Hippodrome Theatre in 1908 when it was taken over by Fred Karno and he employed an architect named Kendall to update the building. There 700 seats in the stalls and 380 in balcony and gallery levels. Films were part of the variety programme. In 1925 it was taken over by Percy Adams. In 1929 it was sold to a Mr. Vickery and was closed to be redesigned to the plans of architects Lucas & Langford of Exeter. It had 886 seats

It reopened as the Plaza Cinema on 6th February 1931 with Paul Whiteman in “King of Jazz”. It was equipped with a Western Electric(WE) sound system On 4th May 1942 during the blitz on the city, a German bomb destroyed the building.

A branch of Boots the chemists now stands on the site at what today in 251 High Street.