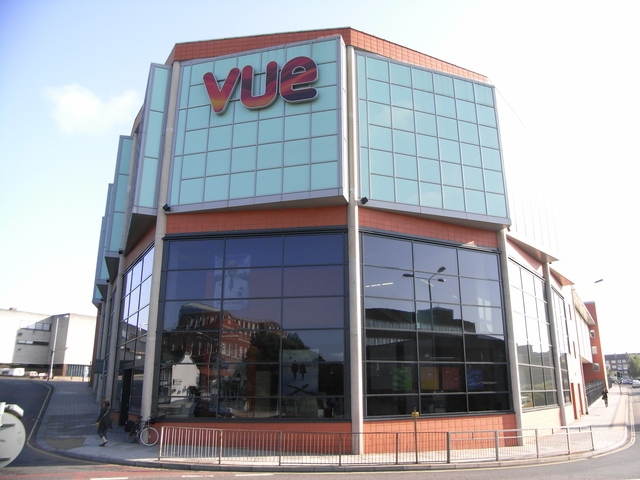 I happened to be passing by recently and popped in to have a look.

The Duty Manager told me that all screens were 1.85 Flat necessitating that Scope movie will be shown letterboxed.

I was slightly surprised as later build Vue cinemas are generally with all Scope screens and the 1990s early Vue (ex Warner) did normally have Scope screens in their larger auditoria. Here all the screens are Flat which also has the consequential result that Scope films are slightly trimmed from 2.39 to 2.32 as some of the side pixels are not shown as the projector will remain set to ‘Flat’.

… but still with no proper Scope screens, I presume.

Don’t think they’ve actually changed the dimensions of the screens, these current batch of Vue recliner conversions just seem to focus on the seats and general works to the foyer area. Scope’s the least of their priorities apparently, even though my local (Preston) had screen 7 converted to the format in 2017.