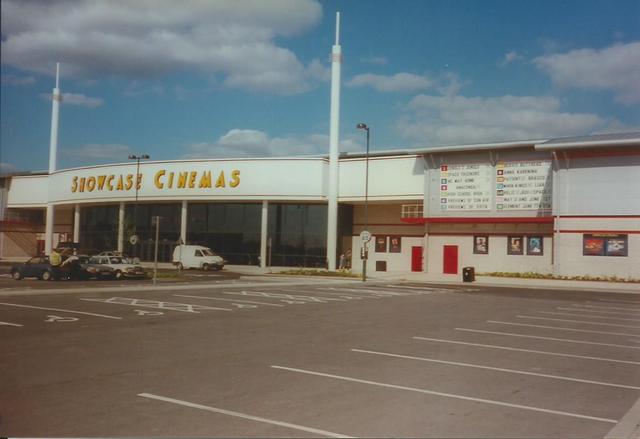 The Showcase Cinemas opened on 13th May 1997. It has a sleek sweeping curve to its façade which has two slender towers at each end. The central section is a massive floor-to-ceiling curved glass window, which allowed daylight into the foyer and at night welcomed patrons towards the bright lights within.

It was closed in February or March 2022. An application has been sent in to demolished the cinema and adjacent restaurants and build warehouses on the site.