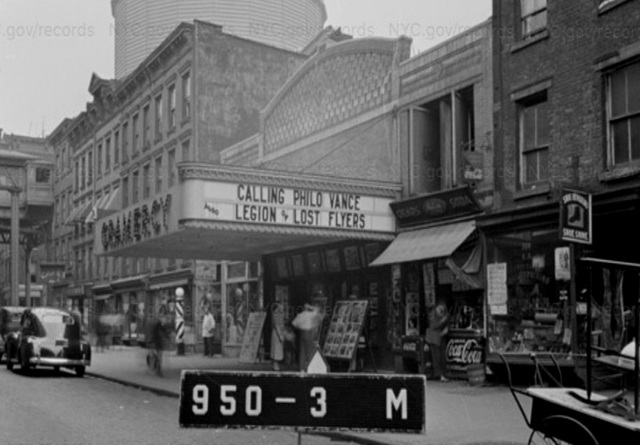 The Gramercy Theater dates back to at least 1924 when a Moller theater organ was installed.

I’m confused. For many years I worked in the Gramercy Park area and there was a theatre on the west side of 23rd Street between Park Avenue South and Lexington called the Gramercy. Is this another situation where the theatre is listed under some identity other than the one I knew for more than 30 years? And if so is it a prior or latter? Or maybe it’s just not listed. I really don’t have the time or patience to go through all four hundred plus New York listings.

Why oh why are these listings so inconsistent. Sometimes it’s the original name, sometimes the current, sometimes something in between. It’s all very frustrating. I realize with the multitude of listings it would be impossible to cross reference everything. What happens when those of us in the know are gone. But then, again, when those of us in the know are gone whose going to care about things which have been our passion. I know of at least four Long Island theatres which don’t appear and am working on getting the full information before I post them. Other than making comments I don’t know if we are allowed to change the original headings.

And Lost Memory would you please tell me why I can only find the Old Post Office Cinema in East Hampton. What about the regular East Hampton theatre which, before it’s current subdividing had been a single screen “forever”.

RVB – the Gramercy on East 23rd St., originally went under the name of Gramercy Park Theater. I remember the marquee with that name. The current marquee with the shortened name, went up in the 60’s. I suspect after the close of this location on First Ave., the other location took the name.

Here’s a very early photo of this theater. It was called ‘Gramercy Photoplays" at the time:

Bway, this is a wonderful picture of a community that no longer exists. In addition to the old 1St. Ave. El and the Gramercy Theater, this picture captures a remnant of the old Gashouse District that was obliterated when Stuyvesant Town and Peter Cooper Village dislodged this community in the late 1940’s. It does not appear to be the “slum” that the Robert Moses' of the world said that it was when the wrecking balls came.

Yes I must concur…great picture Bway!

I strongly agree with John that the 88 photo collection of the 2nd Ave subway has special value in how it chronicles the communties along that transportation route. Particularly fascinating is the intricate grid of stations and trackworks, which raised noise levels and dust. Going into a movie theatre was indeed a respite in that era.

The Google map has been corrected and now accurately depicts the current site of the old Gramercy. This is the very different landscape of Stuyvesant Town. which replaced the Gramercy and old Gashouse District in the late 1940’s ….. Thanks site manager for making this change.