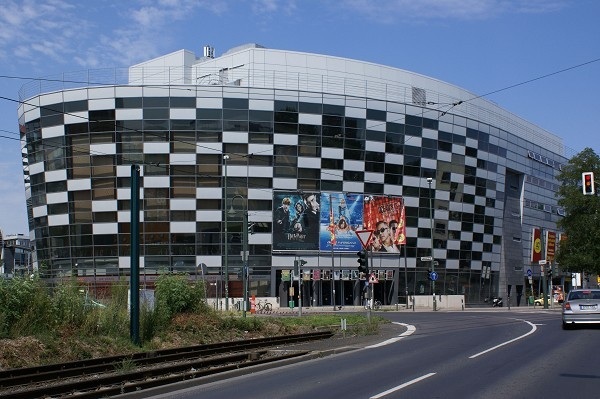 The UCI KOH Cineplex opened in 1998, and is located near the harbour in Dusseldorf. The Modern design by architectural firm RTKL Associates on it exterior mimics the bow of a ship. This theater shows first run German and American films. It boasts the largest screen in Dusseldorf and the longest escalator in Nordrhein-Westfalen (North Rhine-Westphalia).

It has been re-named UCI Kinowelt Dusseldorf.

The name of the architect is Till Sattler.